A work of art not to be missed….

'If all music from around the world had a single origin, that would be in Manding land,' said one commenter, referring to the area in West Africa that gave birth to the great Empire of Mali (or 'Mande Empire') ca. 1230-1600.

Toumani Diabaté comes from a long family tradition of kora players including his father Sidiki Diabaté, who recorded the first ever kora album in 1970. His family's oral tradition tells of 71 generations of musicians preceding him in a patrilineal line.

The Symmetric Orchestra led by Toumani Diabaté is composed of musicians (mostly griots) from the across the old Mande Empire of West Africa, who play a mix of traditional instruments including the kora, djembe, balafon and bolombatto, as well as modern ones such as the guitar and electronic keyboard.

'Mali Sadio' is sung in Manding, rather than French, the official language of Mali. This choice adds depth to the music, as it reaches out to a cultural identity often over ridden by modernity. 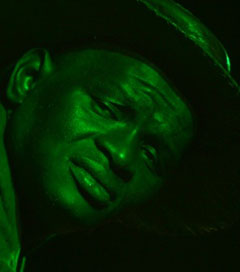 Mamoutou Camara – known as Mangala – is a poet, a musician, a joker.

“I take life philosophically. As long as we are alive, although we are poor and in prison, we can cry and laugh. My happiness depends from music and from my love for it.
"I am able to make people laugh and to give them some good music. I am a simple messenger” (from an interview of Alou B. Haidara)

Like many other musicians who were not born in a griot family, Mangala defines himself simply and artist, even if some of his interpretations of old traditional songs are so intense that Malians associate them to his name.

* Traditional musicians in West African culture are called 'griots'. In a land where the spoken word is hallow and written documents rare, griots are the repositories of oral tradition. They deliver history across generations as court poets and wandering musicians. Gossip, satire, or political comment are added to their functions.
Griots form a professional caste: those who are not griots do not normally perform the same functions that they perform and most marry within the caste.

* Manding is a linguistic group spoken by all Mandé peoples, the descendants of the Mande Empire – now divided in several nation-states – and comprises Mandinka, Malinké, Bambara, and Dyula 'dialects'.

*The Mandinka or Mande peoples are one of the largest ethnic groups in West Africa. They live in the countries that once made up the Mande Empire: primarily Mali, Burkina Faso, Guinea, Niger, Sierra Leone,The Gambia, Cote d'Ivoire, Senegal.