Nearly all migrants have passed an exacting entrance exam 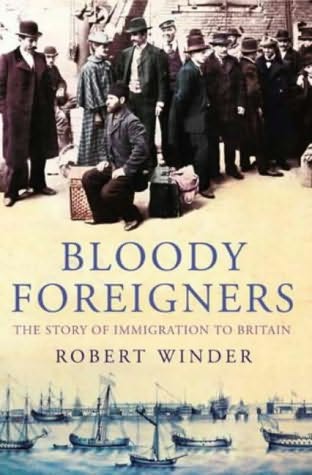 05 July 2011. After reading the weekend’s debate on the advantages or disadvantages of migrant labour in Britain, I recall the single phrase that most touched me in the remarkable book by Robert Winder, "Bloody Foreigners" (Abacus 2005).

This is the excerpt:

"Illegal immigration is a fine-tooth comb. The system catches the clumsy or clueless; only the bravest, the best and the luckiest slip through. It should never surprise us when migrants prosper: nearly all of them has passed an exacting entrance exam."

This ‘story of immigration to Britain’ – as the author describes it – is a book that all who deal with imigration (that’s all of us, in 2011 no?) should not miss.

It reminds us of how Great Britain and its values have been a beacon throughout the centuries in a world dominated by violence and illegality: justice, tolerance, dynamism, opportunity, inclusivenees. This is what brings foreigners to Great Britain. Immigration is, according to the author, the sincerest form of flattery.

And, just in case flattery escapes you, Winder reminds us of one "inescapable fact: if national economies are going to grow at a level sufficient to providee pensions for the existing working population, then serious immigration is a necessity, whatever anyone feels about it.

"Few politicians choose to spell this out as boldly as they should. But immigration, far from being a threat to our way of life, might one day turn out to be quite the opposite: our best hope."

The Times described this book as ‘Supremely readable’. I concurr. A narrative not to be missed. In the meantime though, give the excerpt highlighted above a thought and leave us your comment.

And if you are an immigrant or a descendant, remember to share a memento of your personal history with the Migration Museum Project , that aims to position this story [of immigration] where it belongs: in the mainstream, as a central part of our collective memory.

Smith’s call for tougher controls misses the point: JCWI
Migrants have stronger work ethics, are more skilled: Employers
Controlling immigration part of Government’s `contract with British’: Duncan Smith
UK population growth: is migration to be blamed or applauded?
Migration Museum to celebrate the role of migrants in the shaping of national identity