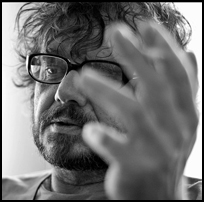 19 January 2011. The Hammersmith and Fulham council has a mind to cut back its debts, soon. As it turned out, this plan is extremely easy – just sell attractively located property. The problem is when that the property is home to 23 charitable organizations supporting immigrants and also housing up to 20 volunteers and refugees. Officials say there is no problem – the unwanted tenants should just move out and find some other place to stay.

The Upper Room has been running for over 18 years and is an organization that does not take a penny from the state. It operates solely through private donors, large businesses and ordinary people, churches, schools and social associations: the fate of socially excluded people is not indifferent.

The ‘Upper Room’ takes its name from the Gospel, from the place where Jesus Christ ate the Last Supper with his apostles. And what name would be more suitable as selfless will to help those in need is certainly the essence of Christianity? This organization, including its West London operation, surely does.

Its spectrum of activities is extremely broad. It’s not only hot meals five times a week for the homeless and unemployed, and free breakfast delivered to indigent school students. It is not only supplying the homeless and poor in clothes, shoes, underwear, toiletries, blankets, sleeping bags, but The Upper Room also assists with different issues, mostly official, and in job recruitment. The food service alone supports 30 thousand people per year. From what we know of the UK, it goes without saying that the vast majority of the recipients of aid is made up by immigrants, from Poland too.

Waldemar Kaczmarczyk spends most of his free time on activities in the organization. He is a volunteer.

‘Mostly I assist with opening bank accounts, job searching, navigating a maze of different rules, in short everything our fellow countrymen, whose English is poor, cannot cope with," Mr Waldemar said, adding that the group of Poles lost in these "thickets" constitutes about 70 percent.

"I inform them whether you can still sign up for free English courses, obtain various certificates, confirmation of qualifications, or take a driving course."

The mental health of fellow countrymen, instead, is the field of psychologist Milka Witkowska Thames from London University, also a volunteer.

Poles who need legal assistance can also count on finding it in the Upper Room.

The message boards teem with words of gratitude for this charity for its assistance in taking care of the various, often difficult issues that seemed impossible to resolve (mostly those related to abuse by employers).

There is another important project. The rehabilitation of offenders: restoring them to society by helping them find a job, acquire skills and enabling them to take part in business and society. This also gives very good results.

Now, the building known as the Palingswick House (which the council intends to convert into cash) is home to 23 charities, thanks to which legions of socially excluded people, people who were homeless or came out of prison, can now be a worthy members of society. They include representatives of various ethnic groups living in London.

It is thus a kind of a logistics center, a "command center" of charities. Thanks to their joint accommodation and coordination, outreach is provided where it is most needed.

The fact that local authorities of Hamersmith and Fulham had shameful intentions towards the Palingswick House tenants was known immediately after the elections last year. It was then that some councilors decided that they would not extend the contract, up for renewal this year. The project leader of The Upper Room was warned that it could end up with eviction.

The district council has a huge debt – 133 million pounds – and is frantically looking for ways of reducing the budget deficit. The choice fell on the building because it lies in a desirable location, and a potential buyer was found. The building would be allocated to a posh, private school: a free school that journalist Toby Young is hoping to establish in West London. This idea enjoys strong support from both Councillors from the Conservative Party and many voters who voted for them. The reasons in favour of this decision, they argue, are two. The first, of course, is the financial issue; the second is related to the educational policies of government Cameron – as many private schools in order to offload local budgets and state budget. But there is a third argument softly spoken: many people living around Palingwicks House do not like the "den of the unemployed, the homeless, the immigrants".

District authorities do not intend to throw the organization out on the street: new accommodation would be provided, but not in a single venue. The properties would be distant from each other and much smaller. The provided places maybe would be good, but only for offices, and of course after renovation, which is, as we all know, expensive.

What emerges is a pessimistic scenario. Persons under the rehabilitation program on the streets and landings, soon to turn back to crime. A similar fate would meet homeless volunteers who found refuge in the building. The entire eighteen-year work would be uprooted. Thousands of people, especially immigrants, would go without assistance. I wonder if the councillors are aware of the social costs of their ‘throwing out immigrant with the bathwater’ plans?

Marquant Bruce, director of The Upper Room, is hoping that everything is not lost yet, as they still have an ace is in their hands. In 1880, wealthy residents of Hammersmith founded the building for use for charitable purposes: a private school has nothing to do this.

Representatives of The Upper Room on Wednesday met with the authorities of the district. We do not know what was the outcome of the talks, because the day before we closed this issue of the newspaper. The issue will return next week.

Read the article in Polish on The Polish Observer