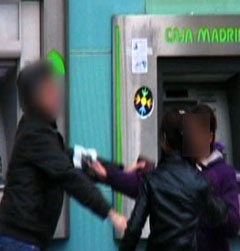 Part of the BBC international investigative series, ‘This World’, Gypsy Child Thieves, the powerful hour-long documentary by Liviu Tipurita on the plight of Romanian gypsy children trafficked and exploited across Europe, has provoked much controversy.

Chachipe, a Roma human rights charity, says the programme, ‘promotes and perpetuates popular stereotypes against Roma which contribute to their marginalisation and provide legitimacy to racist attacks against them.’

The charity admitted that while some of the experiences represented in the programme were a reality, overall the film is ‘highly damaging’ because it suggests begging and child exploitation are ‘intrinsic to the Romany culture.’ It also claims that a ‘highly sensitive topic’ has been treated in a ‘sensational way’ by the BBC.

The Institute of Race relations (IRR) refers that Murat Haliti and Karin Waringo of Chachipe sent a letter of complaint to the broadcaster questioning the corporation’s editorial standards and demanding an apology for the film. They protested that the programme:

• was inaccurate, offensive and highly dangerous;
• though the subject was trafficking, the presentation shed a bad light on the entire Roma community in Europe;
• used sensationalist methods such as uncover reportage and particular music to highlight tension for the viewer;
• ignored the hardships inflicted on Roma in Romania and instead blamed Romany parents for exploiting their young;
• implied that child exploitation was intrinsic to Romany culture;
• used police figures and sources rather than more neutral ones;
• provided no scientific evidence to support the thesis of ‘Gypsy crime’;
• appeared to blame anti-Gypsy racism and the rise of neo-fascism in Europe on criminal networks of the Roma community.

• In response the BBC said, ‘This award-winning documentary looks at how some children have been used to carry out criminal acts. It investigates the extent of the problem as confirmed by public authorities, members of the Gypsy community and through footage filmed during the investigation.

‘The film clearly sets out the context of these issues and talks about the poverty and racism faced by the Roma community across Europe. Great care was taken to handle these issues responsibly and there is a strong public interest in reporting such a troubling topic.’

Mike Jempson, Director of the MediaWise Trust, says the BBC’s response to the complaint may be ‘sophisticated’ but fails to understand the point.

‘The BBC claimed to be representative of Roma culture in the film but only showed Roma people as criminals – as if this was normal,’ he said. ‘This is not Roma culture. Criminality can’t be linked to a specific racial group.’

Haliti and Waringo remain unhappy with the BBC’s response and still want a public apology. They’re also calling for an independent review of their complaint and a new documentary about the treatment of the Roma in Europe to counteract the damage done by Gypsy Child Thieves.

Give us your thoughts. Watch an excerpt of the programme on BBC Two by clicking on this following link: Gypsy Child Thieves .