`Settling in Britain an honour, not automatic right’

16th May, 2011: Completing 14 years continuous residence does not give applicants an automatic right to be granted Indefinite Leave to Remain, the UK Border Agency has clarified. 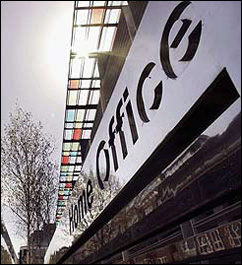 It has added settling in Britain should be an honour, not an automatic right.

The UKBA said each plea was considered on its individual merits; and the applicants were required to demonstrate knowledge of language and life in the UK and be of good character, conduct and associations.’

The Agency added the UK Government has vowed to crack the link between temporary migration and permanent arrangement.

The assertion came after media reports suggested thousands of immigrants have been granted ‘squatters’ rights’ to stay in the UK  after living illegally for 14 years.

Claiming that the provisions of rule were relatively unknown, the reports suggested as many annually up 2,000 immigrants are allowed to remain indefinitely as they have been in the UK since long.

Mail Online claimed a law passed by Labour in 2003 gave them the right to claim residence, if they had successfully evaded the immigration authorities for 14 years.

Official estimates suggest the number of illegal immigrants in the country is 570,000. Unofficial calculations put the total up to 870,000.

A UKBA spokesman assert they have  already declared there will be tighter rules for those wanting to settle here, including a new income and English language requirement for Tier one and Tier two migrants and a tougher criminality threshold.

Reacting to the developments, chairman of Migrationwatch UK Sir Andrew Green asserts the concession for illegal immigrants should be reviewed. It amounts to a slow motion amnesty.

In 2003, the law was changed to allow anyone living here illegally for 14 years or more to apply for indefinite leave to remain.

Since then a total of 8,948 illegal migrants have continues to stay on. Once their application has been approved, the immigrant is eligible to apply for citizenship and a UK passport.