14th February 2011: Complaints of human rights violation continue to pour in from migrants and others. 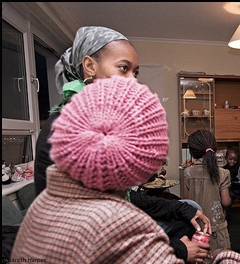 In fact, nothing less than 5,000 individuals, including illegal immigrants, have put into use the Human Rights Act in an attempt to protect themselves.

At least 10 cases on an average having consequences for UK law take place daily under the Act passed by Labour in 2000.

According to the legislation, human rights rules could be applied to any case in Britain, while earlier the cases had to go to the European court in Strasbourg.

The illegal immigrants, failed asylum seekers and even foreign criminals are fighting their cases under the Act on the ground that it would not be fair to deport them as they would encounter ill-treatment back home. Or else, they have a right to a family life in the UK.

Quoting the figures, the Daily Mail says number of reported court cases in which businesses used the Act registered an increase of 63 per cent, from just about 19 to 31 last year.

According to its research, those cases now account for nine per cent of all reported human rights cases.

The research goes on to suggest that the number of businesses using the Human Rights Act to contest legal disputes is also on a rise, even as a debate is on to replace the Act with a British bill of rights.

Sweet & Maxwell, in fact, said the number of businesses using the Act has trebled since 2007-o8.

Co-author of a Sweet & Maxwell publication on Human Rights Stephen Grosz said the Human Rights Act has been used in a much broader range of cases than most people would have predicted.