Changes were announced for Tier 4 in March 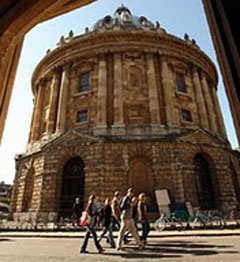 22nd April, 2011: The UK Border Agency today implemented the Tier 4 – the student tier – of the points-based system. The changes to the immigration rules were announced by the Home Secretary in a statement to Parliament on March 22.

The aim of the amended rules is to deliver a strong migration system which tackles immigration abuse, while allowing genuine students to study at authentic colleges, claimed UKBA.

Tougher entrance criteria, limits on work entitlements and the closure of the post-study work route are among the changes to the student visa system announced by Home Secretary Theresa May in March. A sample of Tier 4 students studying at private institutions had earlier revealed that 26 per cent of them could not be accounted for.

UKBA asserts as per the amended system from April 2012, any institution wanting to sponsor students will need to be classed as a Highly Trusted sponsor, and will need to become accredited by a statutory education inspection body by the end of 2012. The current system does not require this, and has allowed too many poor-quality colleges to become sponsors.

UK Border Agency staff will be able to refuse entry to students who cannot speak English without an interpreter, and who therefore clearly do not meet the minimum standard.

According to the new system students at universities and publicly funded further education colleges will retain their current work rights, but all other students will have no right to work. The new rules will place restrictions on work placements in courses outside universities.

UKBA is also limiting overall time that can be spent on a student visa to 3 years at lower levels (as it is now) and 5 years at higher levels. At present, there is no time limit for study at or above degree level.

The UKBA also propose to close the Tier 1 (Post-study work) route, which allows students two years to seek employment after their course ends. Only graduates who have an offer of a skilled job from a sponsoring employer under Tier 2 of the points-based system will be able to stay to work.

The government had also vowed to develop a new entrepreneur route for bright and innovative students who have a business idea and want to make it work in the UK.