11th October 2011: Overseas visitors, remember to clear your dues for the NHS treatment, lest you are denied permission to enter or stay in the UK. 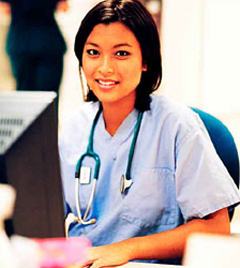 For Immigration Minister Damian Green has made it clear that overseas visitors who fail to pay off their debts for NHS treatment will soon be denied permission to enter or stay in the UK, has announced.

Giving details, the UK Border Agency said: The changes to the immigration rules were laid in Parliament, meaning that those subject to immigration control who fail to settle an outstanding bill of £1,000 or more will not be allowed to enter or remain in the UK until the debt is paid off.

Damian Green said: ‘The NHS is designed to meet the healthcare needs of the UK and we won’t tolerate abuse of this service.

‘We welcome overseas visitors, but those who use NHS facilities need to pay for them, or they will be barred from coming here.

The NHS will provide information that will enable the UK Border Agency to identify the debtors and – when they apply to return to or remain in the UK – to refuse their applications. The information sharing arrangements are being phased in over the coming months.

It is hoped that the £1,000 threshold will capture 94 per cent of outstanding charges owed to the NHS.

This change follows consultations carried out last year by the UK Border Agency and the Department of Health. A 2009 review set out to examine the rules on charging overseas visitors for access to NHS services in England.

The change was announced in a written ministerial statement, which you can download from the right side of this page. Our Consultations section contains an impact assessment and policy equality statement relating to the change.

Other changes to the Immigration Rules laid before Parliament today include: a minor technical change to the evidential requirements for settlement – from 31 October, migrants under Tier 2 and work permit holders will need to provide supporting documents as proof of their income before they are granted settlement.

Changes also include rules to facilitate the entry and stay of certain accredited Olympic and Paralympic participants, including athletes, umpires, technicians, media staff and others holding an Olympic or Paralympic accreditation card – these changes will come into effect on 30 March 2012 and will end on 8 November 2012; and minor and technical amendments to the rules for spouses and civil partners of settled people, and for unmarried and same-sex partners of settled people – these changes represent no change in policy for this category.