The EU also approved an entitlement to paid paternity leave of at least two weeks. 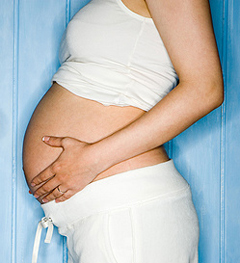 22 October 2010: The European Parliament has decided that the minimum maternity leave in the EU should be extended from 14 to 20 weeks with full pay, with some flexibility for countries which already have a form of family-related leave.

On 20th October, the Parliament also approved an entitlement to paid paternity leave of at least two weeks.

A majority of MEPs voted in favour of extending the minimum maternity leave from 14 to 20 weeks, thus going beyond the European Commission’s proposal to extend it to 18 weeks, in a resolution drafted by MEP Edite Estrela and adopted by 390 votes in favour, 192 against and 59 abstentions.

However, MEPs adopted amendments adding that, when family-related leave is available at national level, the last four weeks of the 20 may be regarded as maternity leave and must be paid at least at 75% of salary.

In October 2008, the Commission proposed to review the current legislation (directive 92/85), as part of the "work-life balance" package, based on ILO Maternity Protection Convention of 2000.

MEPs backed the Commission’s proposal that out of the total maternity leave, six weeks should be taken after childbirth.

Workers on maternity leave must be paid their full salary, which must be 100% of their last monthly salary or their average monthly salary, states the adopted resolution. Under the Commission’s original proposal, workers would receive 100% remuneration during the first six weeks of maternity leave. For the remainder of the leave, the Commission recommended granting full pay. This was not to be a binding provision but the amount paid was to be no less than sick pay.

The draft legislation seeks to lay down minimum rules at EU level. Member States may introduce or keep existing rules that are more favourable to workers than those laid down in the directive.

"Maternity cannot be regarded as a burden on social security systems, it is an investment in our future," said rapporteur Estrela during the debate in plenary on 18th October.

Member States are also asked to give fathers the right to fully paid paternity leave of at least two weeks within the period of maternity leave. MEPs who opposed this provision argued that paternity leave lies outside the scope of this legislation, which deals with "health and safety of pregnant women".

The Parliament also adopted amendments to ban the dismissal of pregnant workers from the beginning of a pregnancy to at least six months following the end of the maternity leave. It also said that women must be entitled to return to their jobs or to "equivalent posts," i.e. a position with the same pay, professional category and duties as before their maternity leave.

The Parliament added that workers must not be obliged to perform night work or work overtime during the 10 weeks prior to childbirth, during the remainder of the pregnancy in cases where the mother or the unborn child have health problems, and during the entire period of breastfeeding.