Over 300 questions were sent; about half dozen answered 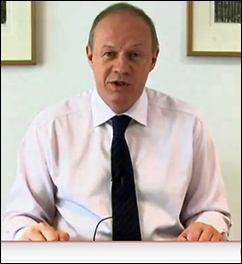 On April 27, Britain’s Immigration Minister, Damian Green, personally answered a cross-section of questions on immigration on You Tube.

More than three hundred questions were submitted by email and via Twitter using the hashtag #askdamiangreen.

"I asked you to ask me questions about the reform of the immigration system that the coalition government has introduced during the past few months… and you certainly did," said the Minister, thanking the public.

The video shows Damian Green answering a selection of questions covering a range of the issues, such as deportation, highly skilled immigration, international students and the immigration cap.