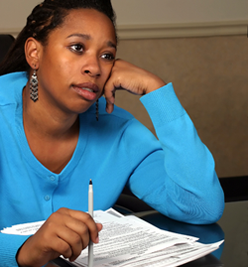 15th June 2010: Even migrants wishing to `remain’ in the UK as partners of British citizens or persons settled here will need to demonstrate their English speaking and understanding skills from autumn 2010.

You will not need to take a test, if you are a national of a majority English-speaking country.

Elaborating on new `English language requirement for partners’, the UKBA has asserted: Any migrant who wants to enter, or remain in the UK, as the partner of a British citizen or a person settled here will need to show that they can speak and understand English.

You will need to meet the requirement if: You are a national of a country outside the European Economic Area and Switzerland; you are in a relationship with a British citizen or a person settled here; and you want to apply to enter or remain in the UK as that person’s husband, wife, civil partner, fiance(e), proposed civil partner, unmarried partner or same-sex partner.

With this, it is now clear that the requirement to take the English language test is not just for new entrants, or immigrants hoping to marry Brits.

The new requirement was announced on 9 June 2010. Foreigners in UK reported it on June 8 (https://www.foreignersinuk.co.uk/news-immigrants_to_pass_english_test_before_tying_knot_with_brits_1886.html)

The requirement is to be by way of changes to the Immigration Rules in autumn 2010. A firm date is expected to be confirmed on the website in due course.

If you are not a national of a majority English-speaking country, you will need to pass an acceptable English language test with one of the UK Border Agency’s approved test providers.

In the test, you will need to demonstrate a basic command of English, speaking and listening, at level A1 of the Common European Framework of Reference. This is a basic level, which is judged to require 40 to 50 hours’ tuition for most learners. Someone assessed at level A1 can understand and use simple, everyday expressions and very basic phrases.

You will not need to demonstrate your reading and writing skills. When you make your application to UKBA, you will need to provide evidence that you have passed the test.

The details of acceptable tests and approved test providers will be published on the UKBA website in due course.

You will need to pay for your own English language test. The cost of a test will vary according to your test provider and country.

If you are a national of a majority English-speaking country, you will meet the English language requirement automatically. You will not need to take a test.