Romania will have their chance to take their revenge with a rounder ball – on a football field, of course. 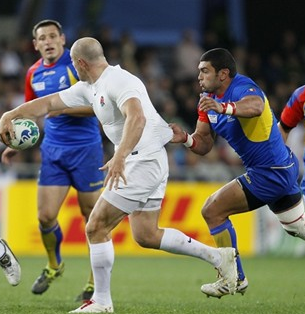 24 September 2011. England had a much too easy game against Romania at the Rugby World Cup England’s manager, Martin Johnson, asked his team to show no mercy in the rugby world cup match against Romania. Now, after the game, as we think of the last match between the teams in 2001 at Twickenham when England won 134 – 0, we can say that they showed some compassion.

Romania lost the Saturday match against the Albion team 3-64. For the Romanian team this is the third consecutive lost game in group B, after the defeats in front of Scotland and Argentina.

However, the big score difference wasn’t such a great disappointment for the Romanians fans. They know the Romanian team will have the chance to take their revenge when the game will be played with a rounder ball – on a football field, of course.