New timetable to be introduced in December 2011

29th September 2011:  London Underground (LU) proposed changes to the District line will see the withdrawal of the lightly used weekday Kensington (Olympia) service and introduction of additional services on the Wimbledon branch. 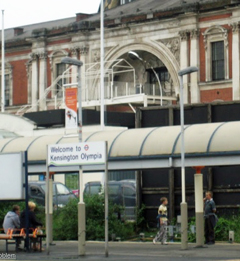 Nearly 18,000 customers, local business and stakeholders took part in the consultation earlier this year and almost 80 per cent were in favour of the changes.

The new timetable, which will come into effect in December, will reduce delays and provide capacity for an additional 4,000 passengers every weekday morning on the busy Wimbledon branch, which carries nearly 30 per cent of District line passengers.

In the evening, there will be further capacity for more than 800 people on services to Ealing Broadway and an enhanced late evening service on the Wimbledon branch with six trains per hour until 2330hrs.

The District line Olympia service will continue to operate at weekends and special services will operate to serve major weekday events at the Olympia exhibition centre. TfL is working closely with the Olympia venues’ management on the detail of the special services, and further measures to assist people attending all other events.

Mike Brown, LU’s Managing Director, said: “After taking into account all the responses we received, and in light of the benefits that the changes will deliver, we have decided to go ahead with the changes; these will come into effect in December.”

“For District line customers the introduction of the new timetable will reduce delays across the whole line and, in particular, benefit the 150,000 passengers who pass through Earl’s Court each day. As well as providing more room for more than 4,000 passengers on the Wimbledon branch, the busiest branch on the line, during the morning peak.

“The Olympia service will continue to operate during the weekend and we will also operate a special weekday service during the busiest events at Olympia.”

Passengers using Kensington (Olympia) already benefit from improved London Overground services, with four trains serving the station every hour carrying 600 passengers per train, with interchange to the Tube available at both West Brompton (District line) and Shepherd’s Bush (Central line) stations. Southern services will also continue to serve the station. During the week customers can use nearby Barons Court or West Kensington stations, both of which are close to the Olympia Exhibition Centre, and regular accessible bus services to High St Kensington, and step-free stations Hammersmith, Fulham Broadway and Green Park.