19th November 2010: Dr Prem Sharma, and his wife Kamini, arrive in Britain in the summer of 1963. But the bright lights of London elude them as the doctor finds himself with his wife in the sleepy Welsh mining village of Trefelin.

Well, Dr Sharma is not exactly what they locals were expecting as replacement for the earlier doctor, who has just made his final exit from the world. They are appalled; and so is the doctor’s wife. 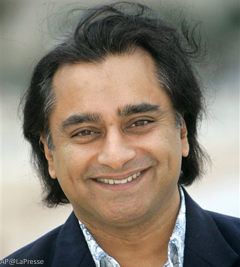 All this and much more is there for you on The BBC. Its show, ‘The Indian Doctor’ —capturing the presence of Indian doctors on the health front — is turning out to be a huge hit.

Noted Indian-origin British actor Sanjeev Bhaskar plays the lead character of Dr Sharma. Bhaskar’s presence has already been felt in popular television appearances such as ‘Goodness Gracious Me’ and ‘The Kumars at No. 42’.

Bhaskar says he was looking forward to the role in the drama set in the 1960s, the time when one of the largest number of Indian doctors migrated to Britain.

The story revolves around Dr Sharma, one of the thousands of doctors who, encouraged by former minister of health, Enoch Powell, moved from the Indian subcontinent to the UK to begin new lives.

BBC controller Liam Keelan says the story of the doctors who came to the UK from the Indian subcontinent is one that hasn’t been widely told, so it’s really exciting to be able to commission The Indian Doctor, this new original drama, for BBC1".

The drama is being produced by Rondo Media.

The doctor and his wife come across curious villagers and local English colliery manager, Richard Sharpe, who is anxious about the missing diary of the previous doctor. It. Perhaps, has incriminating evidence against him, linking the awful conditions in his mine and unusually high rates of lung disease.

Bhaskar says some 18 months back when he first got involved with the project after producers Deep Sehgal and Tom Ware approached him, he too thought too it would make a watchable drama.

He was particularly drawn to the 1960s. Many members of his family too had arrived at that time, so he could recall their stories to get an feel of not only the attitudes they faced, but also their emotional responses were.

Bhaskar asserts he also spoke to a retired Indian doctor, who arrive in the 1960s and practised in a Welsh village.

Bhaskar was told the biggest problem was understanding the accent and the colloquialisms the locals used. Most Indians had learned traditional English.

He clarifies the story involve race, but is not about racism. Rather, it has more to do with curiosity and preconceptions.