Recognised for their contribution to Pakistani values they exemplify

22nd March 2011: For the Azm Awards, two British Pakistanis have been short-listed for their contribution and the Pakistani values they exemplify and promote in the UK. 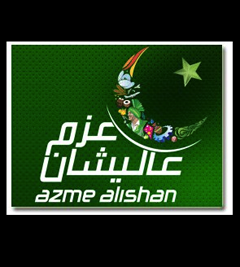 The awards are being organised by social movement Azme Alishan. These are to be held on March 23rd for honouring Pakistanis around the world, whose everyday work helps to project a truer picture of a people and country’s spirit and potential.

The two British Pakistanis short-listed for their contribution are Islamic Relief’s UK Director Jehangir Malik OBE, and Qurban Ali, who set up the ‘Qurban & Surraya Educational Trust’, which provides education for underprivileged girls.

Founder of Azme Alishan Taher Kahn said Jehangir and Qurban made the awards shortlist as they and their work are the embodiment of Azme Alishan’s ideals. Both men prove that wherever you are, great change begins with a first step, an apparently small act that can enable great positive change around the world. They are enormously proud of both men’s work as British Pakistanis and the Pakistani ideals they promote within Britain and around the world.

Launched in 2010, Azme Alishan has become the fastest growing social movement working to change the world’s perception of Pakistan. Their work includes a national flood relief appeal, a citywide environmental and clean up drive, a tour around the UK discussing the real Pakistan, national debates and song competitions.

The awards ceremony would be broadcast globally on March 23rd, the anniversary of the foundation of Pakistan.