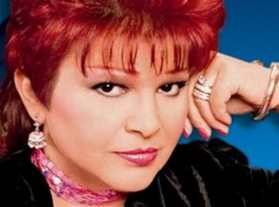 05 June 2009. Aura Urziceanu is Romania’s most prolific and popular female vocalist. She transcends jazz and pop, but it’s with the former she’ll be impressing the Jazz Café crowd at her exclusive London gig with her vocal virtuosity on June 12th.

While jazz history books have labeled her as one of the most accomplished singers of our time, she is possibly the international jazz scene’s the best kept secret. The many throughout the world who know about her are fanatical (original vinyl copies of her albums trade for hundreds of pounds on the internet and have just been reissued on CD in Japan), but she doesn’t play the mainstream game.

Music comes naturally to Urziceanu, born in Bucharest in 1946. Her violinist father encouraged her to take up classical singing lessons at a young age.

At 13, growing tired of practising the same songs, she began extemporising. Two years later, when she heard Ella Fitzgerald records, she “went craaaazy” and “discovered a new universe”.

She debuted at the prestigious Carnegie Hall in 1972, where she performed at the Newport Jazz Festival with Duke Ellington, in one of the great performances of his career.

Following this, she toured Japan with Quincy Jones, recorded an album and toured with Thad Jones and Mel Lewis and shared the stage with the likes of Sarah Vaughn, Ella Fitzgerald and Aretha Franklin.

Urziceanu spent much of the 1970s endlessly touring. In between tours, she travelled back and forth between her homeland, to record albums and songs for the state radio, and Toronto, where she lived with her jazz drummer husband, Ron Rully.

Aura has been declared a Romanian national treasure, but sadly, politics and personal issues prevented Urziceanu from attaining the stardom she deserved. Performing under Ceausescu’s Communist grip didn’t help. “I was paid very little,” she says.

A brief change of direction saw her release the first ever 12" single in Canada (the club hit "LA Sunshine") and record the second ever album using 48 (rather than the standard 24) tracks.

Aura continues to tour internationally but her long awaited Jazz Cafe appearance on June 12 will be her first in London for twenty years, and is one not to be missed!!