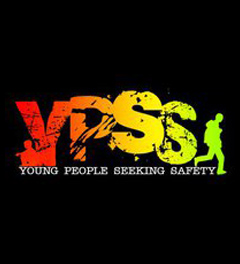 YPSS is a network of individuals and organisations who have joined together to promote the rights and safety of unaccompanied young people seeking asylum in the UK.

Unaccompanied young people are alone in the UK without parents or family carers, and are in need of safety and protection.

The Awareness Week is a chance to share their music, film and photography expressing their experiences of seeking safety in the UK: around the UK, community groups will host events to bring attention to these issues.

Events will take place at the City Hall in London, as well as in Oxford, Glasgow, Brighton, Manchester, Plymouth, Cambridge, Leicester, Somerset and Bristol.

MANCHESTER Friday 1 April 2011, 7.30pm – Drumming performance by BangDrum and Young Asylum Seekers, Methodist Central Hall, Oldham Street, Manchester M1 1JQ. Find out about the position of young asylum seekers in the UK, what difficulties they face and what needs to be changed.

LONDON Monday 11 April – Monday 18 April 2011 – Flowers that grow from concrete, City Hall, The Queen’s Walk, London SE1 2AA. Brighter Futures London, supported by Praxis, present views of young asylum seekers and refugees living in London. This exhibition expresses the trials, journeys and aspirations of young people forced to leave their homes and seek refuge in the UK whilst withstanding the daily struggles they face to survive.