Hundreds of events are being held in the UK, as people gear up to celebrate diverse culture and skills refugees have brought to the UK during Refugee Week 2011 from 20 June  to 26 June, 60 years on from the creation of the UN Convention for Refugees.

The events scheduled to take place include: ‘60 years, 6 lives’ — a photo exhibition celebrating the extraordinary lives of six refugees who have sought sanctuary in the UK since 1951 by award-winning Magnum photographer Ian Berry at the Trongate 103, Glasgow

Also being organised is ‘Refugee Week Umbrella Parade 2011’. Hundreds of people are expected to march with colourful umbrellas to symbolise the protection of refugees across Europe in central London on Sunday 19 June and in Cardiff on Sunday 26 June. 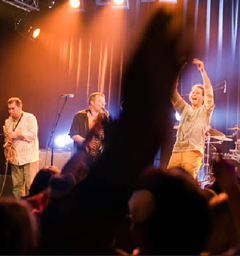 You also have ‘Celebrating Sanctuary London’ – a huge, free festival on the Southbank with music, food, and entertainment from across the world on Sunday 19 June.

Refugee Week 2011 marks the 60th anniversary of the UN Convention for Refugees, which was created after World War II to save the lives of people at risk in their own countries.

Throughout the week, people across the UK will celebrate the lives saved by the convention since 1951, and the contributions many of those refugees have made to British society, though a UK-wide programme of arts, cultural, and educational events.

Head of Refugee Week UK Almir Koldzic said: “Refugees have made an enormous contribution to the social, cultural and political life of the UK in the last 60 years, and we will be celebrating this at a huge range of events throughout Refugee Week. Make sure you take part in a Refugee Week event in your neighbourhood, not only to pay tribute to the courage, resilience, and creativity of refugees living in Britain today, but also to gain inspiration for ways of bringing our communities together!”