Anita Prażmowska comes out with a new book 18th October 2010: Instead of acting like a prime minister at the head of a cabinet, he viewed them as he would an orchestra there to support a great soloist — that’s how Ignacy Paderewski come out to be in a boom set to be released on Thursday 28th October.

You have heard about Ignacy Paderewski, world famous and indefatigable concert pianist, credited with swaying President Woodrow Wilson in favour of Poland in a memorandum he submitted on the Polish Question. Now, you can know more about him as Anita Prażmowska has come out with a book on him. 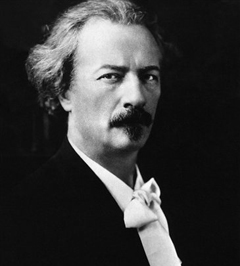 Ignacy Paderewski: Poland by Anita Prażmowska, published by Haus Publishing in the Makers of the Modern World series is priced £12.99, and is all set be launched in association with the Polish Cultural Institute and Topolski Century at the Topolski Century Gallery on Thursday 21st October.

Exactly a week later, author Professor Anita J Prazmowska will also give a public lecture: The Polish Question at the End of the First World War in the Wolfson Theatre, New Academic Building, LSE at 7.00pm on Thursday 28th October.

Ignacy Paderewski: Poland, is one of 32 in the series Makers of the Modern World that describes the personalities, circumstances and events surrounding the countries that were remade after the Paris Treaties.

Poland, a country poised to be reborn after its multiple partitions between the Prussian, Russian and Austro-Hungarian Empires, became a pawn for the Central Powers who all wanted a strong Poland for different reasons.

A resolution of the Polish Question was a great unknown throughout the war, as nobody knew who the victors would be. The Central Powers were indifferent to Polish territorial demands until the fall of the three empires and the Russian Revolution of 1917.

Russia had been a valued ally of France, which was now faced with both a stronger Germany and its fear of Bolshevism; Britain feared retaliation by a Germany pushed too far by loss of territory and reparations and tried to prevent France from gaining a firm foothold in Central and Eastern Europe.

Ignacy Paderewski was one of the three major figures involved in establishing a post-war Poland, together with Roman Dmowski, the intellectual socialist and Jan Pilsudski, the military chief.

He was considered the public face, almost the “soul” of Polish nationalism. A pianist in the romantic mould, his field of battle was the concert hall and his audiences were the elites of France, Britain and the United States.

He is credited with swaying President Woodrow Wilson in favour of Poland in a memorandum he submitted on the Polish Question. The Polish case became Wilson’s 13th Point, the strongest guarantee that Poland would be restored: “My dear Paderewski, I can tell you that Poland will be resurrected and will exist again.” But, his lack of political awareness and naiveté made his later years as Prime Minister of Poland deeply unhappy.

Paderewski and Dmowski both represented Polish interests at the Paris Conferences and had their own delegations, although Pilsudski was the de facto head of the Polish state. In an unusual deal, Dmowski included 10 members of Pilsudski’s delegation in his Paris conference team in return for Paderewski’s appointment as the next Prime Minister, leaving Pilsudski the freedom to continue fighting campaigns on the eastern borders.

Pilsudski took over territories in the Baltic States, the Ukraine and Belorussia in the belief that this was a vindication for earlier crimes of partition and that territorial presence would be considered in the final territorial decisions.

The perception of the Central Powers was that both Pilsudski and Dmowski tried to claim too much for Poland, riding roughshod over aspirations of local minorities.

Between 1919 and 1939 Poland had 34 short-lived governments. Paderewski, as both Prime Minister and Minister of Foreign Affairs, had a limited understanding of politics.

Author Anita Prażmowska writes: “Instead of acting like a prime minister at the head of a cabinet, he viewed them as he would an orchestra there to support a great soloist.”

Paderewski was vilified in Poland for having signed what was believed to be an unfavourable territorial treaty with Germany, was obliged to resign and went back to giving concerts and supporting Poles in exile.

Anita Prażmowska is Professor of International History, London School of Economics specialising in Modern Eastern European history. Professor Prażmowska is the author of Civil War in Poland (2004), and other titles on the relationship between Britain and Poland in the run up to and during the Second World War.