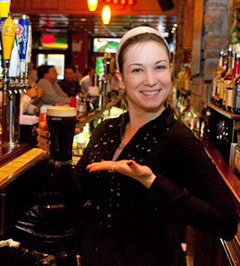 27 May 2011: If you have been looking for excuses to move out of your house for a night out, here’s ample justification. Japanese scientists have concluded that enjoying pub culture five nights a week can go a long way in improving your health.

But, the good news comes with a word of caution. The researchers say health will improve only if you limit yourselves to just two pints of beer or similar units of wine each time you pay a visit to the pub.

The key to good health lies in drinking regularly but in moderation, compared to drinking occasionally or not drinking at all.

Damaging is alcohol in excess. The International Scientific Forum on Alcohol Research says alcohol remains a major cause of liver disease, but if consumed in excess.

Scientifically speaking, frequent but moderate consumption can actually bring down the chances of developing a fatty liver by up to 60 per cent. It is, in fact, the cause of many diseases.

It added excessive alcohol consumption was a leading cause of cirrhosis and other serious types of liver disease. But the most common liver disease in many populations, fatty liver disease, was associated primarily with obesity and other features of the metabolic syndrome.