Indian curry offers not just a platter full of pleasure, but good health. 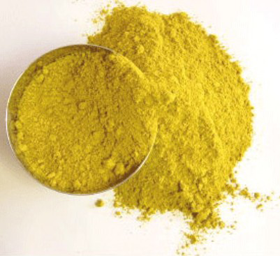 05 June 2009. You have dished out scrumptious “rogan josh” and good old “puri-channa” from the menu. And are tickling your taste buds with delicacies from Afghanistan, Ethiopia, Somalia and Morocco.

But here’s something that may change your eating habits, once again. An Indian-born researcher has found out that Indian curry offers not just a platter full of pleasure, but good health.

You may find it hard to gulp, but the researcher actually believes “eating Indian curry meal regularly can help prevent the onset of Alzheimer’s disease or dementia”.

The views have already been aired during a meeting of the British psychiatrists.

Prof Murali Doraiswamy of Duke University in America told members of the Royal College of Psychiatrists at their annual meeting in the city of Liverpool that curcumin, an ingredient in turmeric, can prevent changes in the brain by blocking the spread of amyloid plaques – toxic protein deposits thought to play a key role in Alzheimer’s.

It may sound complicated, but the fact is amyloid plaques, along with tangles of nerve fibres, are thought to contribute to the degradation of the wiring in the brain cells, eventually leading to symptoms of dementia – brain disorders that progressively worsen and are eventually severe.

Speaking to a largely British audience, Prof Doraiswamy, who heads the Mental Fitness Laboratory at Duke University’s Department of Psychiatry, suggested eating a curry meal once or twice a week to stave off Alzheimer’s – a form of dementia. And he predicted it might be possible to develop a curry pill, which had the same therapeutic effect.

If you are wondering how the Indian curry is helpful in developing more than your taste, turmeric or ‘haldi’ is the most commonly-used spice in the Indian curry – often dubbed Britain’s national dish for its popularity.

Doraiswamy says laboratory and animal studies in America have already produced strong evidence that curcumin in turmeric combats dementia; and a clinical trial is now underway in California to test the effects of curcumin on a group of Alzheimer’s patients.

"There is solid evidence that curcumin binds to plaques, and basic research on animals engineered to produce human amyloid plaques has shown benefits."

"You can modify a mouse so that at about 12 months its brain is riddled with plaques. If you feed it a curcumin-rich diet it dissolves these plaques. The same diet prevented younger mice from forming new plaques," he said.

"The next step is to test curcumin on human amyloid plaque formation using newer brain scans and there are plans for that." Doraiswarmy says rates of Alzheimer’s are known to be low in South Asian communities with turmeric-rich diets. One study in Singapore showed regular curry eaters were at least half as likely to develop the disease as people, who avoided curry. "If you’re not a fan of curry you can try putting mustard on your food," says Doraiswamy.

"Studies looking at populations show people, who eat a curry meal two or three times a week seem to have a lower risk for dementia.

"Those studies seem to show that you need only consume what is part of the normal diet – but the research studies are testing higher doses to see if they can maximise the effect.

"It would be equivalent of going on a curry spree for a week." He says research had also examined turmeric’s therapeutic potential for treating conditions such as cancer and arthritis, but stressed that eating a curry could not counter-balance the increased risk of dementia associated with a poor diet.

Dr Susanne Sorensen, head of research at the London-based Alzheimer’s Society, agrees: "Indian communities that regularly eat curcumin have a surprisingly low incidence of Alzheimer’s disease but we don’t yet know why.

"Alzheimer’s Society is keen to explore the potential benefits of curcumin in protecting the brain and we are conducting our own research into this area.

"A cheap, accessible and safe treatment could transform the quality of life of thousands of people with the condition."

Related story: A Taste of Africa