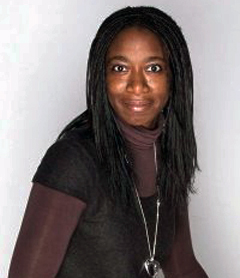 Selected for her track record in `raising the profile of the plight of one of the most marginalized groups in the UK’, MacAttram has been placed alongside a millionaire philanthropist, European royalty, senior politicians, and business leaders in the first ever Black Women in Europe’s Power List.

MacAttram has found her place in the Power List for her ground breaking work in changing public perception around the debate on black people and mental illness.

Known to be a social activist, MacAttram is also appreciated for her leading role in a three year campaign aimed at removal of the innocent DNA from Briton’s National Criminal DNA database.

The list carries the names of 58 women in Europe in six categories — business, lifestyle, media, politics, social entrepreneurs and NGOs. This year’s Power List 2010 was prepared from nominations from the general public on the basis of their achievements and sphere of influence.

Editor of Black Women in Europe’s Power List Adrianne George said when Michelle Obama was named the most powerful woman in the world this year, it was noticed that none of the six other black women on the list lived in Europe. So came the inspiration t create ‘a list of our own’