12 May 2010. Rashpal Singh Dhesi has successfully been re-elected as Director of the Midlands Co-operative Society, Western Regional Committee.

Mr. Dhesi is also a Magistrate in the City of Birmingham, Board member for the West Midlands Probation Board and Chair of the Audit Committee. 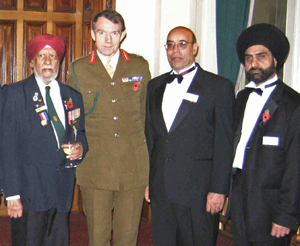 Photo (from left to right)