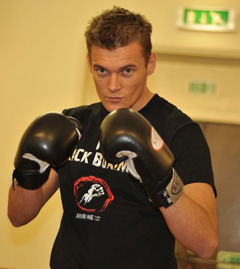 28 January 2011.
How did your adventure with kickboxing begin?


My experience with martial arts and self defense began in Poland, and more specifically in Złotów, a small town near the Piły. At age 12 I started to train aikido. I continued exercising for 6 years. But because martial arts deal with self defence, I could not verify my skills in actual combat.

I switched to kickboxing, taekwondo and muay thai. My coach was Chris Pajewski from Szczecinek, the first Pole who was world champion in taekwondo.

I trained in Poland for 6 years and then went to England. During the first year of my stay in the UK, I worked evenings and I could not join any club. I trained myself, but without significant results. I flew continuously to Poland for the events, but I experienced a significant decrease in shape. In the second year I changed jobs and joined the English club in Weston-Super-Mare. I began intensive training and preparation to perform kickboxing championship event in England. In September 2009 I opened a fight club where I train adults ad children with my friend Thomas Michalowicz. It was a great success, so I opened a second one on my own in Bristol.

What is the philosophy of this martial art?

Kickboxing is mainly based on your personal approach to the sport : your focus, will power and self-confidence. Certainly there are people who like to be physically aggressive and like to fight. I know from experience that there are also hyperactive students and those who are calm. For those who are hyperactive, martial arts training is a form of silence and a way tolearn humility, and that’s because sometimes an inconspicuous opponent may be more serious and better than a giant wrestler. As for those who are peaceful, it’s always useful to learn some habits of self-defense in case of emergency. This is useful for women in many situations.

In my case, it is pure passion and pleasure of learning new and increasingly effective ways of fighting. In the ring, you can sometimes see two opponents, who beat each other up fiercely, but after finishing the fight, they end up shaking hands and congratulating each other. This is partly the joy of the fight, as well as the satisfaction of the fruits of very hard training.

Are the training conditions better here or in Poland? In our country, the sport began to be popular much later than in the West.

Regarding the conditions in Poland, in the past they were actually a little backwards, but now, from what I see, Poland is experiencing a great boom, when it comes to martial arts. There are more and more new clubs and athletes are finally paid. There is a great opportunity for development and already young Polish athletes compete very successful. Frankly, I wish we had caught up to the Netherlands, Thailand and Japan, but we’ve still got a looong road ahead.

At what age can a child start training and why it is good to send a kid to kickboxing classes?

The youngest ones in our club are 4 and a half years old. It is the minimum age at which a child is able to understand and internalize the philosophy of martial arts. Personally, I believe that it is better to show a child the different possibilities and opportunities to achieve, rather than let them go and choose the worst, such as drugs. I know from experience that people who train in martial arts are more responsible, disciplined and are much more likely not to smoke cigarettes and abuse alcohol.

Of course with children and also adults training for safety is a matter of priority. Nobody can fight without protective equipment, or perform kicks or any other actions without the permission of the instructor.

Tell us about your achievements …

I have a black belt in taekwondo, but honestly, it’s not about the belt, it is about the passion of the practise. Pleasure and satisfaction I derive from tournaments and championship matches . In Poland, I took part in tournaments on a regular basis. I’ve been many times Polish champion in taekwondo. In England, I compete in ISKA events and I take part with my students in all kinds of kickboxing tournaments.

I am currently South West champion in kickboxing – full contact – up to 80 kg. During my stay in England, I took part in the World Championships in taekwondo. This year I’m going to go with my students on a number of English and foreign tournaments. The next test will be the England Open Championship in kickboxing, which will be held on February 26. And my next fight will be on the 5th of February at Hutton Moore Leisure Centre in Weston-super-Mare, where, of course, warmly invite you all. My performances in the UK are thanks to my mentor, Stuart Davis.

Will you be the only Pole in the ring on 5 February? What are your chances to defend the title?

Unfortunately, I’m the only one. I will defend my South West title. It is a competition organized by ISKA South West president Stuart Davies. Competitors fighting on the competition are placed in the main ranking and their ranking varies according to the outcome of the fight. I’m in pretty good shape, but it’ a bit hard to reconcile my workouts with running classes in two clubs. I know that my opponent is very strong. I am still working on my body efficiency, but technically and strategically we have ready for the fight.

How long a kickboxer must practice a day to be in his or her best shape?

I love this question, and I have to quote a few words from my coach. You can exercise even 6 hours a day, but the truth is that your championship is not only from mastering but also from your NATURE, PERSONALITY. You can train for hours, but if you do not put your soul into it and it is most important.

I am running in the morning and every day evening workout is enough to achieve your dream goal.

Plans for the future …

I dream to be the English kickboxing champion, and I strive for that, but every day I focus on my students and I care more for their satisfaction and success than of their own. If anyone wants to learn more about running a club in England or join Adrenaline Fight Club, let them come to us for a seminar or visit our website www.adrenalinefightclub.co.uk. 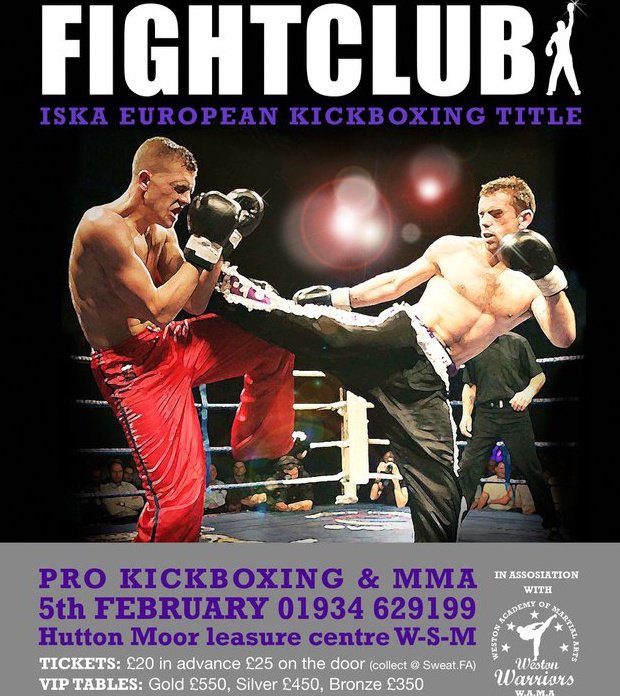