Award-winning multimedia journalist reveals to have arrived in the United States with false documents. And now his fight for the ‘Dream Act’

27 June, 2011 – José Antonio Vargas is a Filipino journalist and documentary filmmaker originally raised in the USA. 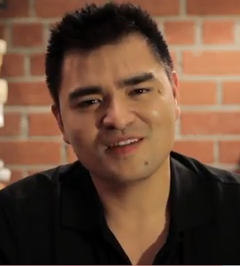 Thirty years old, he already has a shared Pulitzer Prize and a career at the highest levels to his name – from White House correspondent to the exclusive interview last September to Facebook’s founder Mark Zuckerberg. His biggest scoop, however, probably was last Wednesday, when in a long article published by The New York Times Magazine he revealed to be an illegal immigrant.

Vargas arrived in the U.S. in 1993 at the age of 12 to live with his grandparents. Four years later, when he asked for a driver’s permit, he discovered that his documents were fake. Since then, he says, he began a double life: on one side a series of personal and professional success, on the other a flood of lies and falsifications.

"I convinced myself that if I worked enough, if I achieved enough, I would be rewarded with citizenship. I felt I could earn it," he said.

"Over the past 14 years, I’ve graduated from high school and college and built a career as a journalist, interviewing some of the most famous people in the country. On the surface, I’ve created a good life. I’ve lived the American dream.

"But I am still an undocumented immigrant. And that means living a different kind of reality. It means going about my day in fear of being found out."

Now, the journalist writes, "I’m done running. I’m exhausted. I do not want that life anymore."

He decided to ‘come out’ and own up to what he has done, he confesses, to join the lobby for the Dream Act, a reform advocated by Obama that would provide a path to legal permanent residency for young people who have been educated in this country.

"There are believed to be 11 million undocumented immigrants in the United States. We’re not always who you think we are. Some pick your strawberries or care for your children. Some are in high school or college. And some, it turns out, write news articles you might read. I grew up here. This is my home. Yet even though I think of myself as an American and consider America my country, my country doesn’t think of me as one of its own."

Read the whole article: My Life as an Undocumented Immigrant (The New York Times)