29 April. Jeremiasz Kosinski, a bus driver from a small town Oban, had to wait two years for this verdict. Even though nobody gave him the slightest chance of success, he decided to take on a lonely journey to win the justice. His aim was to clear his name and show other immigrants that they are not defenceless against callous institutions. 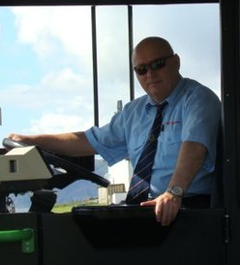 On 14th January 2008 Mr Kosinski was stopped by the police while driving in Scotland. The officers wanted to fine him for driving without British car insurance. However, he had a valid insurance from Poland, recognised in the whole Europe, but the policemen claimed the opposite. When he refused to pay the fine, the officers took his car to a police car park, for which he had to pay. The case went to court but the judge ordered a high fine and the car to be forfeited. But Mr Kosinski has proven that Polish car insurance is valid in Scotland.

According to The Polish Observer , the Scottish Supreme Court agreed with the reservations presented on 24 pages by Scottish Criminal Cases Review Commission and Mr Kosinski has been cleared of all the charges.

‘I am happy that my record is clean again and I hope I will be a good example for other immigrants who have found themselves in similar situations,’ Mr Kosinski said. ‘I also have a lot of respect for British legal system because it proved that justice can win.’

However, this is not enough for the Polish man. Now he is planning to claim compensation for: unfair verdicts of courts of lower instances, unlawful forfeiture of his car, causing deterioration of his health, giving him bad name, and discrimination.

The Supreme Court’s verdict has created precedence. From now on people in similar situations may be able to claim their rights in court.