In Ghana, the temperature is high all the year round. The best time to visit the coastal areas is from December to February. 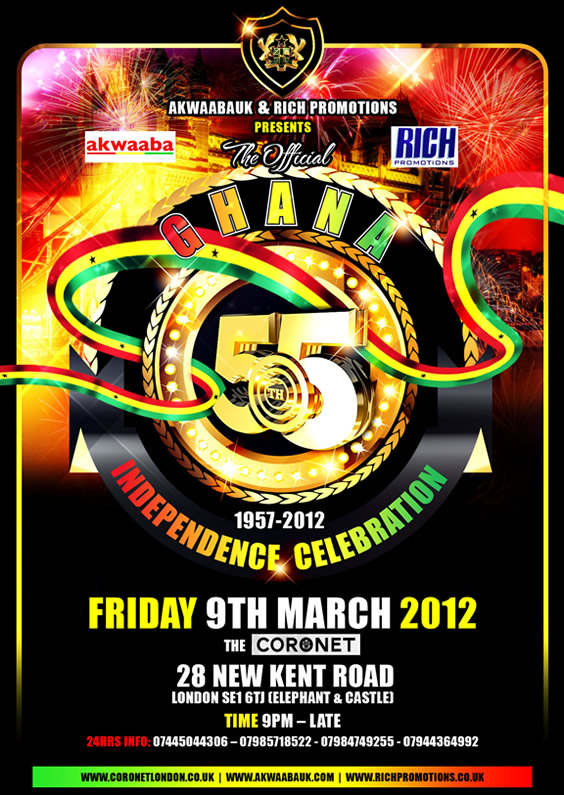 The Republic of Ghana lies on the western coast of tropical Africa. The word “ghana” means "warrior king".
Formed from the merger of the British colony of the Gold Coast and the Togoland trust territory, Ghana in 1957 became the first country in colonial Africa to gain its independence. Ghana enjoys the unique status as the most frequent initial point of entry for Westerners visiting Africa for the first time.

Ghana – one of the most densely populated countries in West Africa – is home to 22,5 million people. Three-quarters of the population is made up of peoples of Guinean language subgroups, as well as Europeans and other peoples.
Centrally located on the Gulf of Guinea in West Africa, Ghana has a total land area of about 238,540 square km and a 540 km picturesque coastline. Long territory contributes to a fairly noticeable difference between the natural conditions in the north and south.

The Kyabobo National Park, in the Nkwanta District of the Volta Region, abounds in tourism potential. The park, which covers an area of 359.8 km² is, has both forest and savannah species of plants and wildlife. Animals common to the Park include buffalo, warthog (a kin of pig), aardvark (another kind of pig) and baboon. Threatened species of animals, which with adequate protection may recover, include lion, elephant, bongo, reedbuck and hartebeest, which may repopulate the Kyabobo Park from the adjacent Fazao National Park in Togo.
The tourists hike particularly on the Breast Mountain, named so because it resembled the breast of a woman.
In the Nkwanta District, there are hotels and guesthouses, fully equipped with baths and toilets, as well as campsites, where tourists could settle and spend few days touring the park.

Alaska Beach
Located on the Gulf of Guinea, the Alaska beach is hushed and popular among backpackers and silent beach lovers. It is next to Busua Beach Resort and has camping facilities. Alaska offers traditional Ghanaian food on demand and the restaurant at the Busua Resort serves different varieties of seafood and other dishes.

Fishermen villages
Dixcove is a village in the south-west of Ghana. There is a beautiful Fort, the Metal Cross Fort, which overlooks the bay; the fort was inherited from the Dutch defence. You can buy fresh shark-meat, swordfish and lobsters for which the area is renowned.

Busua Pleasure Beach
Busua Beach is about 5 km from Dixcove; just a short walk through the forest. It consists of amazing stretch of beautiful sand along the sea. It is an ideal relaxation place.
About 1Km off-shore is a small island which could be reached by a chartered boat. For adventurous swimming lovers, you can even swim there. All that is needed is back up.

Fort Antonio
The Portuguese built a trade post at Axim in 1503, in an effort to monopolize the booming gold market. They were forced by the indigenous, to abandon the trade post. They later built a fort near river Ankobra, and named it Santo Antonio. It was the second Portuguese fort in the Gold Coast.
The fort was triangular in outline, with two major bastions located on the northern and southern ends with a curved battery connecting them. Inside the fort, a number of buildings of considerable size were raised to accommodate up to thirty officers.