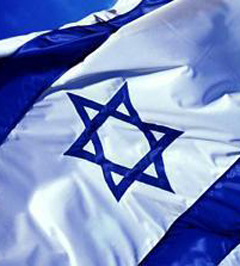 25 May 2011. On 16 May, a bill known as the "Slavery Law" was passed by the Israeli parliament (Knesset), despite widespread opposition from various groups in Israel and abroad.

The bill, an amendment to the Israel Entry Law of 1952, restricts work permits issued to migrant workers in the nursing professions in Israel. It stipulates that the Minister of Interior will be entitled to restrict the number of employers such workers may switch between, and to determine the geographic region in which they may work. Additionally, the bill states that the minister will have the power to restrict their field of occupation, in effect tying migrant workers to subsections of the nursing professions (e.g., allowing them to offer nursing services only the elderly, to the severely handicapped, or to minors).

Aim of the Israeli government is to ensure that workers don’t abandon their employers and to relieve the shortage of caregivers working in some nursing fields and in remote areas of the country.

The legislation faced widespread opposition from human rights groups, immigration advocates and legal experts. Major demonstrations were organised in Jerusalem and Tel Aviv over the past few months to demand migrant caregivers’ rights and attempt to draw attention to the impact of the "Slavery Law."

Prominent Israeli retired judges, law professors and researchers opposing the “Slavery Law” called on the government to stop the legislation procedures in an open letter, arguing that the bill constituted an attempt to restore the previous "binding arrangement" between migrant workers and their employers, which the Supreme Court has already deemed in 2006 as "a type of modern slavery" in 2006.

“If enacted”, purports the letter, the bill “will wrongfully infringe on the basic rights of migrant workers, by creating and enhancing their dependence on their employers for their legal status, and by limiting their ability to escape from abusive employment conditions”.

Ninety-one Jewish-American legal experts expressed their support to their Israeli colleagues in early May, commenting that “such legislation is clearly unconstitutional, fails to satisfy the principle of proportionality, and contradicts common standards of human morality”.

The support letter closed with a reference to the Book of Exodus, “We have just celebrated Passover, the “Holiday of Freedom,” a time in which we are required to remember our people’s past as foreign slaves, as migrant workers in Egypt if you will. As the Bible specifically instructs us: “You shall not wrong a stranger or oppress him, for you were strangers in the land of Egypt” (Exodus 22:21).

In March 2006, five human rights organisations challenged a similar binding arrangement of migrant workers to their employers in Israel. The Israeli Supreme Court ruled that this arrangement should be repealed since it "violates the dignity and liberty of the foreign workers" and constitutes "a modern form of slavery."

The court ordered to cancel the binding arrangement due to its wrongful infringement on basic rights, and further ruled that in any future arrangement, the Minister of Interior will no longer be allowed to condition the resident permit upon employment by specific employers, and will refrain from associating the termination of working relations with any sanctions, including revoking the worker’s legal status in Israel.

The court ruled that the arrangement binding workers to employers – which restricts the number of employers and ties the termination of working relations with the revocation of the worker’s legal status in Israel – severely harms a wide range of protected human rights, primarily the right to dignity and personal freedom. This arrangement creates an irregular legal reality, which conflicts with the basic principles of labor laws, with the moral value of a labor contract between an employer and an employee, and with the very purpose of a labor contract. It gives employers the power to impose work contracts and to prevent employees from resigning, and it distorts the balance of power in the labor market.

In its ruling, the court specifically stated that the nursing profession should not be made legally distinct from other professions in which migrant workers are employed, and that there was no justification for making it an exception to the existing general ban on binding arrangements.