A.F.L.-C.I.O and Change to Win endorse legalisation of illegal immigrants 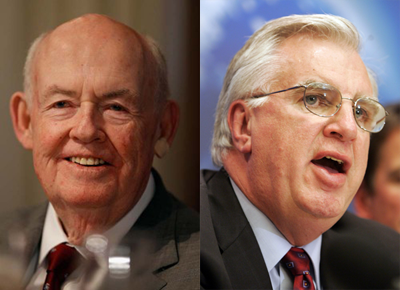 14 April 2009: For the first time in history, the United State’s two major labour federations are supporting reforms of the immigration system including legalization of the status of illegal immigrants already in the United States.

Today, John Sweeney, president of the A.F.L.-C.I.O., and Joe T. Hansen, a leader of the rival Change to Win federation, will present the outlines of their new position in Washington.

The agreement opposes any large new program for employers to bring in temporary immigrant workers, officials of both federations told The New York Times.

The A.F.L.-C.I.O. officials said they agreed with Change to Win leaders that legalising the status of more than seven million unauthorized immigrants already working in the country, would be the most effective way to protect labour standards for all workers.

“The labour movement will work together to make sure that the White House as well as Congress understand that we speak about immigration reform with one voice,” Mr. Sweeney said in a statement to The New York Times.

The A.F.L.-C.I.O. and Change to Win are calling for managing future immigration of workers through a national commission. The commission would determine how many permanent and temporary foreign workers should be admitted each year based on demand in American labour markets. Union officials are confident that the result would reduce worker immigration during times of high unemployment like the present.