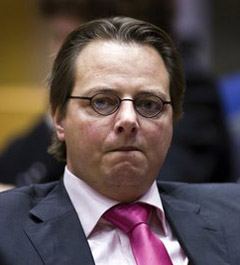 STRASBOURG 07 July 2011. The speech given by the Polish Prime Minister Donald Tusk, on July 6th, in Strasbourg, at the inauguration of the Polish presidency of the European Council was followed by controversial replies .

The Polish Prime Minister said that ”the answer to the crisis is more Europe and more integration”. ”The European Parliament is first and foremost an institution and place where there has never been a lack of belief in a united Europe. (…) It cannot be so that here in Europe, there are rising doubts in sense, while outside Europe everybody wishes to live in conditions similar to those we have”, Donald Tusk said. He defended the principle of the free movement of labour in Europe, adding that the best way to protect the EU does not lie in creating barriers within the Union.

While the president of the European Union, Jose Manuel Barroso, warmly received the opening speech of the Polish Prime Minister, his vision of European solidarity during the crisis was contested by some European members of the Parliament . ”We have just heard the worst speech ever given by a new president of the EU Council. He doesn’t seem to realize what is going on. We don’t want jobless Poles, Romanian beggars and people from North Africa or Turkey in Europe”, said Barry Madlener, Dutch MEP. He added that the Poles who live in Netherlands should be sent back in their country, although Poland is a member of the European Union since 2004.

Quoted by the Dutch media, Madlener said that the Netherlands "does not want to pay for the upkeep of the Polish unemployed or Romanian beggars". Martin Schultz, the German leader of the socialist group in the European Parliament, said that Madlener used a racist language.

The British MEP Nigel Farage, leader of the UK Independence Party said: ”Why are you pretending that everything is going well, when Europe is in a deep structural crisis? Greece, Portugal and Spain will not last in the euro zone and Denmark has quite rightly broken off from the Schengen Agreement.” Farage referred to Denmark’s decision to reinstate customs controls at its borders.