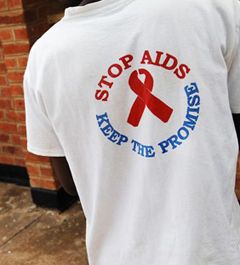 13th June 2011: Africans in the UK can look forward to increased UK support for bringing down HIV infections among women in Africa

Member of Parliament (MP) for Eddisbury, Stephen O’Brien, has, in fact, announced that the UK will help reduce new HIV infections by at least half a million among women in Africa over the next four years.

Also, Parliamentary Undersecretary of State in the Department for International Development, O’Brien outlined the UK’s plans to tackle HIV, which has claimed over 30 million lives, at an international meeting on AIDS in New York.

The main focus of the plans will be reducing new HIV infections among women and girls, ending paediatric AIDS, and addressing the TB epidemic – the leading cause of death among people living with HIV.

The UK significantly reduce infections by concentrating its efforts where it is needed most, particularly in Africa, focusing our HIV programmes in fewer countries where we can have the greatest impact and working through partners elsewhere. In the process, the UK will prevent HIV infections among women by at least half a million in Africa.

It will also work towards increasing access to HIV and TB diagnosis, treatment, care and support. Britain will work with the pharmaceutical industry to get even more people on life saving treatment. It will drive down costs for medicines, securing lower prices and better value for money in order to increase access, making sure we spend every penny the best way possible.

The work with the Clinton Health Access Initiative to lower the price of the drug tenofovir will generate enough cost-savings to buy medicines for an additional 500,000 people by 2015.

Efforts will also be made to tackle the stigma and investing in research. The UK will work with groups including Harm Reduction International to help them tackle policies which deny access to treatment and care for those living with HIV and AIDS.

It has finalised a new research programme with the London School of Hygiene and Tropical Medicine to understand better the underlying drivers of HIV and find innovative solutions.

Stephen O’Brien, said: “The UK Government is at the forefront of the global battle against HIV and AIDS. While we have made huge progress against the HIV epidemic there are still over 33 million people living with HIV.

“We will concentrate our efforts where they are needed most – particularly in Africa where HIV remains a public health emergency worsened by the TB epidemic – and will help prevent at least half a million HIV infections among women.

“Our plans will be underpinned by our drive to empower women and girls, our focus on evidence, and ensuring value for money by reducing the costs of treatment.”

The UN General Assembly High Level Meeting on AIDS marks 30 years into the AIDS epidemic and is a unique opportunity to move the agenda forward and chart the future course of the global AIDS response.

The meeting is poised to sign off on an ambitious political declaration which sets the agenda for the AIDS response through to 2015.

The UK has helped to secure agreement in the critical areas, including recommitment to universal access with agreement to a goal of 15 million people on treatment by 2015 and a recognition that prevention must be at the heart of the response; agreement that the key populations at higher risk of infection must be targeted if we are going to defeat this epidemic; and a reassertion of the need to use TRIPS flexibilities for the benefit of public health.

The UK is also supporting the Global Plan towards the elimination of new infections among children launched at the meeting.

Globally, new HIV infections have fallen by 19 per cent since 1999 and the price of first-line AIDS drugs have reduced by 99 per cent in 10 years.

The UK has played a major role in these successes and we remain committed to the goal of reaching universal access to HIV prevention, treatment, care and support. But significant challenges remain. More than 67 per cent of all people living with HIV live in Sub-Saharan Africa where the epidemic has orphaned almost 15 million children.