2nd June 2011: Even as the functioning of the existing immigration removal centre is under constant criticism for one reason or the other, a new centre, Morton Hall, has been officially opened by Immigration Minister Damian Green. 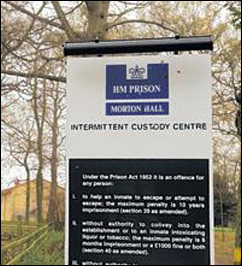 The opening of this new centre now means that the UK Border Agency can hold up to 3,400 people in detention at any one time. This will allow more foreign nationals with no right to be here to be removed from the UK in the coming years.

It has increased the capacity in the detention estate as the government says it is intensifying enforcement activity across the country.

Once full, the former prison will accommodate 392 men in order to facilitate their removal from the UK. They will include illegal over-stayers and failed asylum seekers as well as foreign national prisoners.

`They also ensure that foreign national prisoners due for deportation are not allowed back into the community before they are removed.

Immigration Minister Damian Green said: `This new facility is a welcome addition to the UK Border Agency’s estate and will help us remove more individuals who have no right to be here.

The UKBA added: `The first detainees were accepted into the IRC last month and the centre will be fully operational by September this year.

`The unveiling of additional detention space comes as the UK Border Agency is intensifying enforcement activity across the country to crackdown on the people organising and driving immigration crime like illegal working, sham marriages and bogus colleges’.