Education facilities and health care need to be improved

6th October 2011: An Oxfordshire immigration centre has been condemned for its health care and education facilities following a surprise inspection. As per the report the Campsfield House immigration removal centre requires improvement. 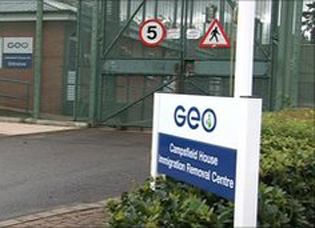 Chief inspector of prisons, Nick Hardwick, said that little progress had been made in improving areas they identified for upgradation.

The report stated that education provision had not raised and was particularly unsuitable for those spending lengthy periods in the centre. It added that health care also had significant weaknesses.

Alan Kittle, director of detention services at the UK Border Agency, said that custody is vital in helping them remove those with no right to be in the country. He added it was vital that their centers are run in a professional manner to a high standard.

Kittle asserted that they will consider the contents of this report and respond to each of the recommendations in due course. The report also indicated that Campsfield House captives felt safe and had good relationships with staff.

Bob Hughes, from the Close Campsfield Campaign, said the changes would not be enough.He added that all improvements were welcome but the biggest improvement of all would be to stop messing around with people in this terrible way.

He added that they employ people to write nice rulebooks that talk about dignity, respect, treating people with courtesy and observing their human right. Hughes further asserted that everybody working in that business knew the real aim was to show they were tough.