28th March 2011: Vital health and education services for Gypsies, Roma and Travellers are under threat by the cuts. This is not all. The communities can also find themselves being prevented from becoming a part of the Big Society due to negative media coverage and lack of constituted community groups. 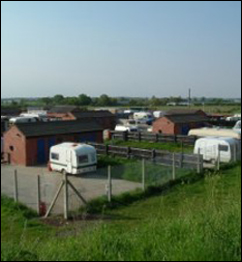 These are some of the concerns raised by academics, lawyers and campaigners. They have, in fact, come out with a report on the coalition government’s policy on the communities.

Harmit Athwal of The Institute of Race Relations (IRR) says the report, `A Big or Divided Society’ is based on hearings earlier this year in parliament.

The hearings saw Gypsies, Travellers, service providers, legal and academic experts come out with evidence on the implications of proposed government policy.

The hearings hovered around the themes of accommodation planning, enforcement, health, children, welfare and education issues related to accommodation.

The concerns underscored during the hearing included the fact that site construction would come to a standstill with the removal of central government obligations for Traveller sites to be developed.

Also raised was the concern that local referenda could be used to block the construction of Traveller sites.

It was also apprehended that Gypsy, Roma and Traveller communities could be stopped from integrating into the Big Society as a result of the negative media coverage and the lack of constituted community groups. Besides this, key health and education services for Gypsies, Roma and Travellers were being threatened by the cuts.

The hearings were funded by the Joseph Rowntree Charitable Trust

A key expert in the field, Lord Avebury told the IRR News the minister responsible for Gypsies and Travellers Eric Pickles has torn up the strategy that had been developed over the last six years of the previous government, riding roughshod over Liberal Democrat policy of keeping the target numbers of pitches.

Now, it’s up to every local authority to decide how much land it will allocate for Gypsy sites and, inevitably, most of them will scale down the numbers or eliminate them altogether as in the case of London.

At the same time they are encouraging local authorities to evict Gypsies from unauthorised sites at enormous cost in bailiffs and police. And the pupil premium, intended to help disadvantaged children, will leave out many Gypsy children who don’t attend school because their families have been evicted and they’re on the roadside.’

Susan Alexander of the Travellers Aid Trust was of the view for a number of years there have been sustained efforts by politicians and councils across the political spectrum to work in partnership with Gypsy Roma Traveller communities and improve their access to services, make them part of the community and reduce tensions. However, genuine fears are expressed in the report that the Localism Bill currently passing through parliament could mean greater local opposition to sites and services for this minority and run counter to the ideals of a Big Society.