17th January 2010: "Vigil for the truth" will be held on 20th and 21st January 2011 in front of the seat of the Chilcot Inquiry at the Queen Elizabeth II Conference Centre, Broad Sanctuary, City of London SW1P 3EE when the former Prime Minister Tony Blair will be questioned by the Iraq Panel for a second time. 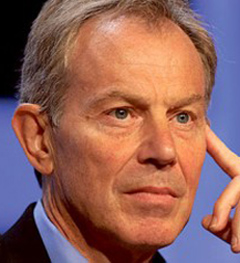 The vigil is convened to urge the media to bring to the attention of those that seek justice, and hope for the truth on the Iraq War to emerge, and to gather those who wish to re-launch the honour of the democracies betrayed and wounded.

The honour of the “Sense of the State” against the vile and lethal “Reasons of the State” that still today – like in 1938, when in Munich Daladier, Chamberlain, Hitler and Mussolini held their G4 – provoke new massacres of legality and therefore of peoples, and that today seem to be winning again: Churchill and not Chamberlain nor Mosley; De Gaulle and not Pétain; Roosevelt and Eisenhower not Bush or Blair.

On 22nd September 2009, in a meeting with officials of the UK administration during a P5 conference in London, U.S. Undersecretary for Justice Ellen Tauscher officially stated that the General Director of the British Ministry of Defence Jon Day had assured her that the UK had “put measures in place to protect [American] interests” during the UK inquiry into the causes of the Iraq war.

Many people have lamented the fact that the Chilcot Commission seemed firm in respecting the taboo on the quest for the effective reasons for which on 20th March 2003, not before nor after, Tony Blair and George Bush, after having deployed over 250.000 soldiers around Iraq ordered them to attack the country, while Hans Blix, Head of the UN Monitoring, Verification and Inspection Commission, had signalled the Iraqis full and “proactive” cooperation with his UN inspectors on the search for the effective existence of Weapons of Mass Destruction on the Iraqi soil. In those very days, the other lie on the links between Saddam Hussein and Bin Laden’s terrorists, was not used anymore.