‘Britain needs to attract the brightest and the best’ 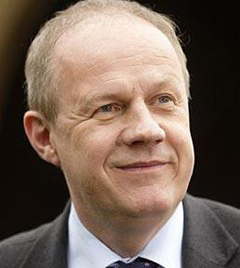 Soon after the new details of the government’s radical changes to the work visa route were unveiled by the Home Office, Green said: ‘Britain will benefit from migration provided it is controlled and directed towards improving our economy.

‘I am not seeking zero or negative net migration. Our aim is to reduce the level of migration down to the levels of the 1990s – tens of thousands each year, not hundreds of thousands.’

He added: ‘Britain needs to attract the brightest and the best to fill jobs gaps but this should never be at the expense of workers already here.

‘We have worked closely with businesses while designing this system, and made it clear employers should look first to people who are out of work and who are already in this country.

‘And those that do come here to work must know that we intend to make the route to settlement tougher. It can not be right that people coming to fill temporary skills gaps have open access to permanent settlement.’