"Locking up people for long periods of time should not be an immigration solution," Vaz. 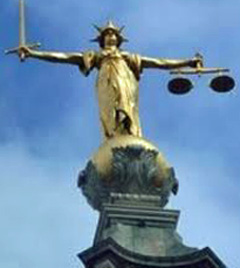 26 May, 2011: The Home Office wrongly locked up a convicted sex offender, in an immigration custody centre for nearly two years because of  failure to carry out regular reviews. This has been ruled by the Supreme Court.

The Supreme Court verdict on Wednesday was the end of a three-year legal battle for Shepherd Kambadzi, a failed asylum seeker from Zimbabwe. He was detained while the Home Office tried to remove him from the UK.

A Home Office spokesperson said that they were disappointed by the court’s decision, but this would not change their intention to deport the foreign national criminal.

The spokesperson insisted that their priority will always be to protect the public, and they would seek to get rid of any foreign national convicted of a serious crime.

Numbers from September last year depict that 260 people had been held in immigration detention for more than a year. Most of them were former prisoners waiting to be removed.

Pierre Makhlouf, head of law at Bail for Immigration Detainees, which was involved in the case, said that this was very good news for other cases they were fighting and would oblige the UK Border Agency to take the issue of lack of liberty more critically.

He said detention was frequently for long periods of time and there was therefore an urgent need for full protective measures.

Kambadzi arrived in the UK in 2002 on a visitor’s visa, which expired in 2004. In December 2005 he was found guilty of assault and sexual assault. He was sentenced to 12 months in prison.The day before he was due to be released, he was held back under Immigration Act powers.

Two years later, in April 2008, with Kambadzi still in lock up, his lawyers took the case to the high court. They argued that his detention was unlawful because it was not evaluated on the required monthly basis. No review was carried out at all in the first 10 months of his custody.

He was released in June 2008 but had still not been removed to Zimbabwe because of conditions there.

Giving the majority verdict on Wednesday, Lord Hope said the court rejected the Home Office argument that the failure to follow procedures did not make detention illegal.

An order was made for compensation. Although the amount will be minimal if the Home Office can argue, it would have arrested Kambadzi even if the reviews had taken place.

Clarke’s successor, John Reid, introduced a tougher policy that all foreign nationals would be detained at the end of a criminal sentence.

Keith Vaz, Labour MP and head of the home affairs select committee, said that locking up people for long periods of time should not be an immigration solution.

Lawyers assert the policy had led to a large number of people being held back despite there being no way to remove them quickly from the UK.