Riliwanu Balogan found hanging a day after his 21st birthday

18th May 2011: In a shocking incident, an immigration detainee has died after he was found hanging in Glen Parva cell. 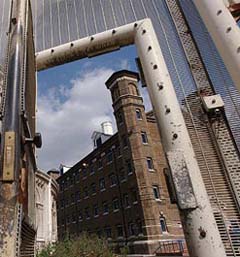 Just about a week after he was found hanging in his cell at a young offender institution, the detainee, Riliwanu Balogan, 21, passed away in hospital. The cell holds immigration detainees and young offenders.

Currently, children are not being detained in immigration cases after the government decided to put a full stop to the practise. But, it still continues for over-18s.

On suicide watch, Balogan was found hanging on Sunday 8 May — the day after his 21st birthday. He died in hospital on 16 May. It is believed Balogan was from Nigeria.

The untimely death has again brought to fore the urgent need to have an independent review of the use of custody for children and young adults.

As with all deaths in custody, the Prisons and Probation Ombudsman will conduct an investigation, a Prison Service spokesman said.