Rise in cost of businesses on cards 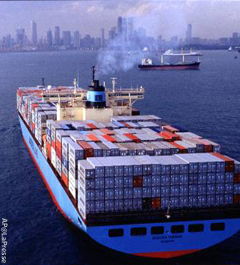 02 September 2010: The impact of the interim immigration cap is already being felt in the shipping industry.

A specialist shipping industry recruiter Faststream has asserted that the British government’s move to lower net migration by cutting down the availability of Tier 2 visa certificates was already having a bearing on a wide range of UK based shipping companies and maritime services providers.

Faststream’s Group CEO Mark Charman said as a result of the move sponsor licences of many shipping companies had effectively been rendered’ useless. A number of their clients too were expressing serious concerns that they won’t be able to fill crucial UK based vacancies in the coming months.

He said two large ship owners told them they have been issued with a zero quota. It meant they would not be able to employ new non European Ecconomic Area (EAA) citizen in the coming months. They would also have to worry about going to appeal for existing non EEA employees, whose visas would shortly expire.

Charman said they heard of candidates having their job offers withdrawn as companies found they could not recruit them. The system was a mess and was having an impact on the ability of companies to utilise mobile, highly skilled labour.

Whether for technical or commercial job roles, there were simply not enough qualified EEA candidates to fill the positions in the UK shore based maritime job market, he said, adding they could expect a rise in costs for businesses as they would be forced to pay higher salaries for EEA candidates.