With a view to strengthening relationships, MP Jeremy Browne to visit Jamaica 19th January 2011: Jamaicans in the UK can look forward to better relations between the UK and their country. Discussion on crime, deportees, and police reform is on the cards. 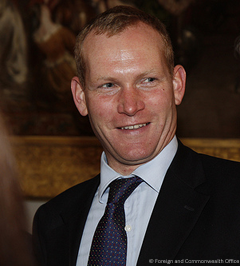 For strengthening the coalition government’s relationship with Jamaica, MP-cum-Minister of State at the Foreign and Commonwealth Office in the United Kingdom Jeremy Browne will visit Jamaica this week.

Browne will meet with the prime minister and other officials during his visit from Thursday to Saturday, January 22.

He will meet with minister of national security Senator Dwight Nelson to discuss crime, deportees, and police reform.

A release from the British High Commission’s Press and Public Affairs Office said:  The official visit to the island will strengthen the new coalition government’s relationship with Jamaica at a time when economic and governance issues are increasingly important.

It will also help to further cement the UK’s long recognised goal of assisting Jamaica in achieving a sustainable secure, just and equitable society.

The minister’s visit also include individual meetings with Prime Minister Bruce Golding, Dr Kenneth Baugh and Leader of the Opposition Portia Simpson Miller respectively, to discuss a full range of economic, political and other bilateral issues

He will also tour downtown to see the UK government’s contribution to the Community Security and Justice Programme in action.