The Students Against Racism National Conference will be held on 3rd March 2018 in London.

It is being organised by Stand Up to Racism and MEND – Muslim Engagement and Development. 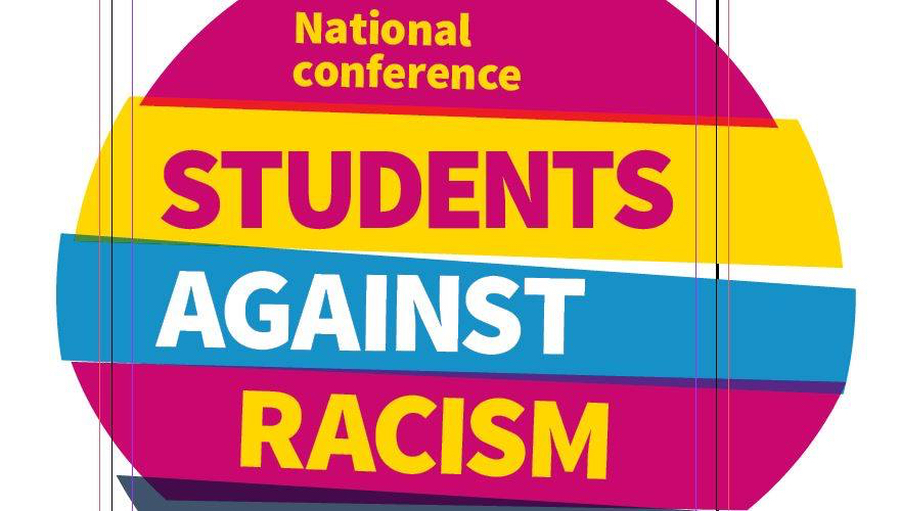 “We’ve seen a rise of racism, Islamophobia and antisemitism across Europe. Challenging it is a key priority,” say the organisers of the conference. “Universities are often at the sharp end of this racism. The government’s Prevent agenda unfairly targets Muslim students, the rights of EU students and staff are being used as a bargaining chip in Brexit, and our curriculums don’t reflect the diverse student body.”

The conference aims to bring together students and staff from across the country to discuss how they can build a movement on the campuses to challenge racism, Islamophobia and antisemitism. 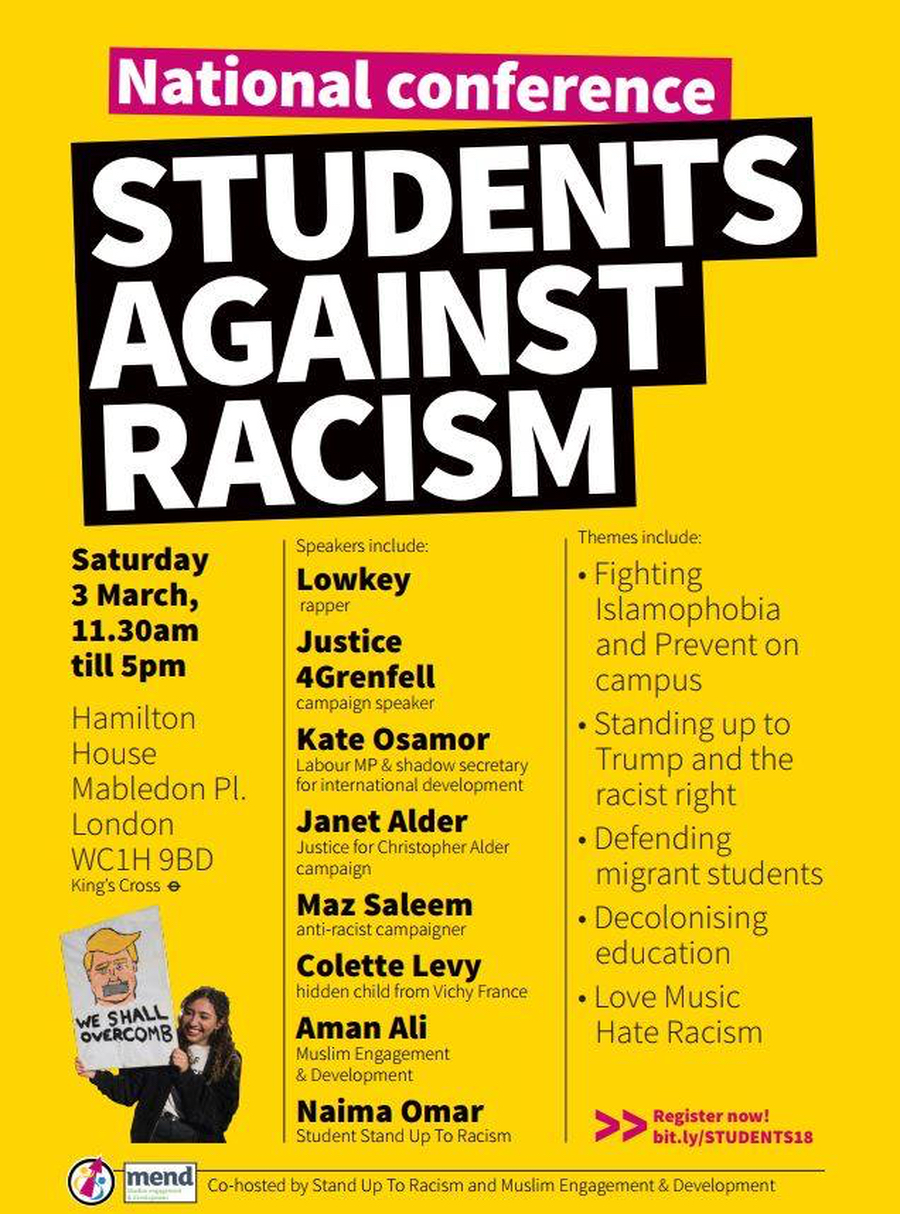 The Students Against Racism National Conference will be held on Saturday 3rd March 2018, from 11:30 to 17:00, at the NEU Conference Centre, Hamilton House, Mabledon Place, London, WC1E 9BD.