Number of Poles more than double this year 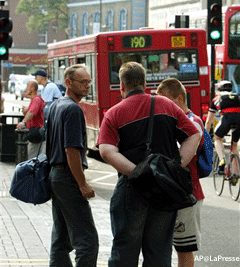 Figures for the second quarter have been published in Migration Information Source. Expressing surprise over the development Keith Vaz, the Labour Chairman of the Commons Home Affairs select committee, said the ministers had assured that this trend was reversing.

He added that this was a change in the trend and they needed some more information about it. Vaz suggested that the Government needed to publish on a monthly basis people coming to the UK to inform the work of Parliament. The immigration cap does not include European Union citizens. The Federation of Poles in Great Britain claimed that the Polish workforce contributed about £1.9 billion a year to the British exchequer in income tax and national insurance, not including council tax.

The enhancement comes after a period of reverse migration that saw Poles leave Britain. During the depression the poles left to find relative safe haven in the Polish economy, which was the only one in the EU that avoided falling into the red in 2009.

The return of so many Poles is also said to ease fears of a labour shortage on construction sites. There had been concerns that the 2012 London Olympics building programme was at risk.

But the figures suggest now the Polish appeared to be heading back, eager to take advantage of the UK’s fragile recovery and its better jobs. As per the Telegraph, Karolina Wisniewska, who had worked in the UK looking after the elderly and disabled said that she would go back again to Britain.

Karolina said she was going to UK for money as she could earn that much amount in one month which she managed to earn in six months in Poland.

Professor Krystyna Iglicka, a migration expert at Warsaw’s Institute for International Affairs and one of the authors of the new research said she was surprised by the figures because they show quite a big increase.

Krystyna asserted the migrants saw that Britain had survived the recession and that there were jobs in the country. She also argued that many migrants may have little choice but to return.

While the Polish economy has coped well with the global economic turmoil unemployment still stands at 11 per cent, and this figure can hit 20 per cent in the Poland’s extensive rural backwaters so opportunities of self-betterment are few.

The experts asserted that many migrants, having spent years working in the UK in menial jobs, lacked the skills needed for Poland’s labour market. Finding themselves unemployable back home they now came back to Britain.