Migrant workers are burnt with irons, threatened with knives 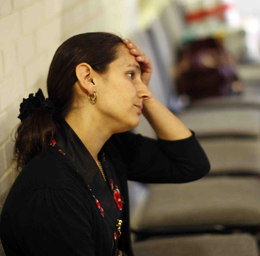 30 August 2010:  Migrant workers are burnt with irons and threatened with knives. As if this is not enough, they having boiling water thrown at them — these are just some of the startling revelations of a probe into the modern day slavery the migrant workers in Britain are subjected to.

Five months after the UK Border Agency claimed it was determined to stamp out “modern form of slavery”, involving immigrants, investigations have found thousands of foreign domestic workers are still living as modern-day slaves in Britain.

The investigations suggest the domestic workers are subjected not only to sexually and physically, but also psychologically abuse by employers.

Channel 4’s Dispatches reveal more than 15,000 migrant workers annually come to Britain for earning money to send back to their families. But many have to undergo conditions nothing less than modern-day slavery.

A charity based in west London for helping and advising migrant domestic workers, Kalayaan, registers around 350 new workers each year.

As many as 20 per cent report physical abused or assaulted. The abuse includes being burnt with irons, threatened with knives, and having boiling water thrown at them.

Community advocate for the charity Jenny Moss says two-thirds of the domestic workers they come across report psychologically abuse as well. They have been threatened and humiliated, shouted at constantly and called dog, donkey, stupid, and illiterate.

Nearly the same proportion says they are not allowed out alone and have never had a day off. Nearly three-quarters complaint they were paid less than £50 a week.

Aidan McQuade from Anti-Slavery International says many of the instances of domestic servitude they found in this country are forced labour, a classification that includes retention of passports and wages, threat of denunciation and restriction of movement and isolation.

Lobby groups and charities also claim a large proportion of domestic workers are paid less than £50 a week for working 20-hour days. Some others complain the withholding of their wages completely.

In some cases, the workers are youngsters trafficked over to the UK. The children forced to endure years of violence and forced labour.

The Dispatches study says it is also extremely difficult to prosecute diplomats for treating their workers as slaves.