29th June 2011: Reacting to the questioning of groups of people convening outside a gurdwara in High Road, Ilford, Chief executive of east London refugee and migrant forum Rita Chadha has criticized the approach. 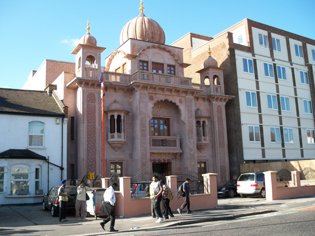 Her criticism comes soon after nothing less than 10 Indians were arrested for immigration offences in Ilford. The arrest was a part of the multi-agency exercise against “illegal” workers.

Chadha said she thought ‘more could have been done to support those individuals’. ‘Anyway,’ she noted ‘the system was totally flawed system as many of them would go straight back on the streets. The best way to engage with these groups was to try and engage with them as human beings’.

Experienced charity manager and freelance consultant, Rita has over 22 years experience of working in a variety of roles in the community and voluntary sector at a local, regional and national level. She has developed a particular specialism in the monitoring and promotion of equality, diversity and cohesion across a range of equality strands.

A border agency spokesman said all 10 Indian nationals were granted immigration bail and would have to report to UKBA, while they worked to secure travel documents for them.

As of now, they have been granted immigration bail.