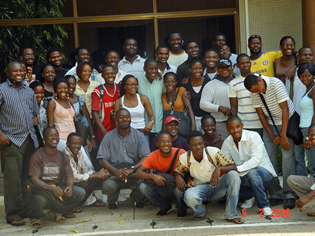 The reiteration came during Green’s three-day visit to West Africa. The minister has been invited by the University of Ghana’s Centre for Migration Studies to address students in Legon, Accra.

Green said: “Those who come to the UK to work hard and grow our economy, study at our world-class institutions and strengthen our communities will continue to be welcome.

The assertion comes at a time when the government immigration cap is under fire for its adverse affects on the education sector.

Only recently, leading liberal think tank CentreForum cautioned that the changes being brought about could eventually lead to the closure of private colleges.

Director and Chief Executive of CentreForum Chris Nicholson had asserted: "The government’s current proposals are destructive and short-sighted.

"International students make a hugely important contribution to Britain’s universities, yet the Home Office’s proposals would effectively bar thousands of them from spending their study time and money here. These students provide an immense financial, cultural and academic contribution to Britain’s universities. It is economic madness crudely to restrict student numbers in this haphazard way’.