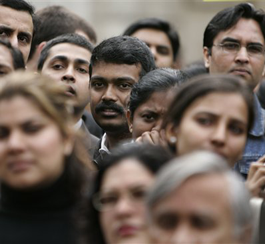 The assertion came during her first major speech on immigration. According to the UK Border Agency, `the Home Secretary has committed to shaking up government policy, managing numbers in the economy’s interest, and ensuring that only the brightest and the best can come to the UK`.

Speaking to an audience of key immigration partners at London’s Policy Exchange, she reiterated the coalition government’s commitment to reduce net migration to the tens of thousands by the end of this Parliament.

She made it clear that this could not be done through the points-based system alone, saying: ‘The government intends to control immigration by focusing on all aspects of the immigration system, not just the points-based system. So over the coming months action will be taken on students, families and settlement as well as people coming here to work.’

Among the Home Secretary’s priorities are: encouraging more entrepreneurs and investors to come to Britain; putting a stop to abuse of the student route; and cutting the link between those who come here temporarily and permanent settlement.

Concluding her speech, the Home Secretary admitted that it would not be easy to reduce net migration from the current level of hundreds of thousands to tens of thousands. She said: ‘It will take hard work and a great deal of political courage. But the British people want us to do it and it is the right thing to do. So we will do it.’