The UK government has announced a nationwide pilot to bring seasonal migrant workers to UK farms.

It will enable fruit and vegetable farmers to employ migrant workers for seasonal work for up to six months. 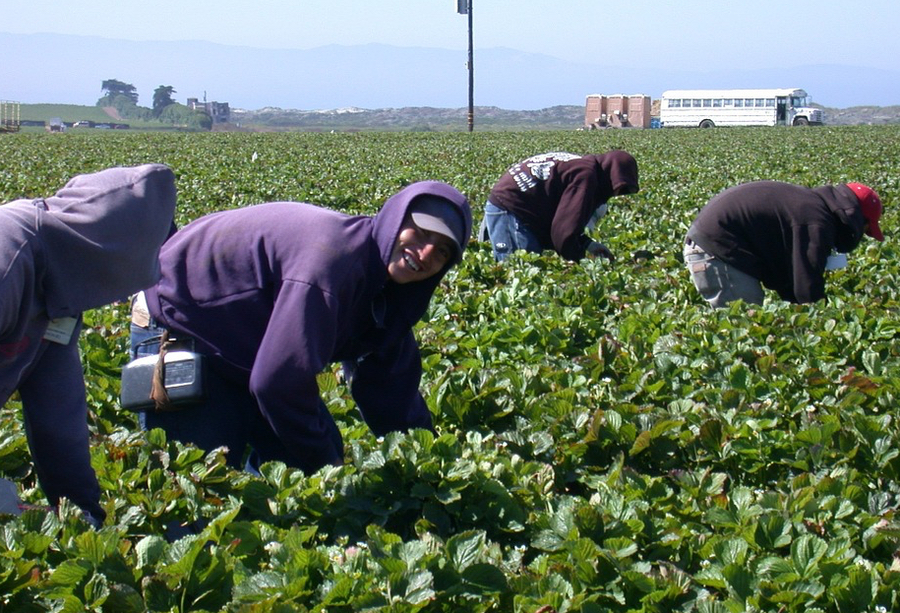 Under the scheme, 2,500 workers from outside the EU will be able to come to the UK each year, alleviating labour shortages during peak production periods.

Soft fruit production in the UK has grown dramatically, by 130% in the last 20 years. To ensure that this growth continues and the UK is at the forefront of the next agriculture revolution, farmers must also look at ways that technology can reduce demands for labour, the Home Secretary and Environment Secretary said.

This pilot will support farmers during peak production periods. It will also explore how to keep British horticulture competitive, as almost all other OECD countries source seasonal workers to pick fruit and vegetables.

Home Secretary Sajid Javid said: “British farmers are vital to the UK’s economy – and the Government will look to support them in any way we can. This pilot will ensure farmers have access to the seasonal labour they need to remain productive and profitable during busy times of the year. I am committed to having an immigration system that reduces migration to sustainable levels, supports all industry and ensures we welcome those who benefit Britain.”

Environment Secretary Michael Gove said: “We have listened to the powerful arguments from farmers about the need for seasonal labour to keep the horticulture industry productive and profitable. From lettuce in East Anglia to strawberries in Scotland, we want to make sure that farmers can continue to grow, sell and export more great British food.

“This 2 year pilot will ease the workforce pressures faced by farmers during busy times of the year. We will review the pilot’s results as we look at how best to support the longer-term needs of industry outside the EU.”

The Seasonal Workers pilot will be run by two scheme operators, who will oversee the placement of the workers. The arrangements for selecting the scheme operators will be announced in due course.

To be eligible for the pilot workers must be aged at least 18 years old on the date of application and be from outside of the European Union.

The pilot will commence in the spring of 2019, will run until the end of December 2020 and will be monitored closely by the Home Office and Defra.