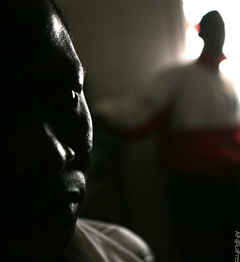 The startling revelation has been made by the Institute of Race Relations (IRR) in its latest report: “Driven to Desperate Measures: 2006-2010”.

The report has been prepared by Harmit Athwal. The IRR says: ‘No section of our society is more vulnerable than asylum seekers and undocumented migrants.

`Forced by circumstances beyond their control to seek a life outside their home countries, prevented by our laws from entering legally and from working, denied a fair hearing by the asylum system, excluded from health and safety protection at work, kept from social care and welfare, unhoused and destitute, vilified by the media and, therefore, dehumanised in the popular imagination, their hopes of another life are finally extinguished’.

The IRR adds it has `catalogued a roll call of death of the 77 asylum seekers and migrants who have died either in the UK or attempting to reach the UK in the past five years as a consequence of direct racism or indirect racism stemming from policies.

Migrants who move to find work and asylum seekers dispersed by official policy are often isolated and at risk from racist attacks in traditionally white, rural communities and even some larger towns.
Five migrant workers have died since 2006 following attacks with racial motives. In March 2009, Kunal Mohanty, an Indian sailor died after his throat was slit in a street attack in Glasgow.

In 2006 two men, Khizar Hayat and Hamidi Hamidullah, died following an arson attack on the shop where they were working.

In August 2006, Wei Wang a Chinese asylum seeker, was murdered in Glasgow. The IRR documented racially motivated attacks and murders in its recent report Racial violence: the buried issue, which showed that asylum seekers and migrant workers were groups prone to such violence.’
.
The report adds: The provision of health care to migrants and asylum seekers has become a political hot potato, particularly after the deportation of terminally ill Ama Sumani to Ghana in January 2008. She died just two months later.

According to our records, a gross underestimate of the total problem, at least seven asylum seekers have died as a result of being denied access to treatment. These deaths include those of 18-year-old Mohammed Ahmedi, who died from a heart condition as medical staff and social workers attempted to clarify his immigration status, and Mohammed Ali, an 80-year-old man who was entitled to free NHS treatment and yet was still pursued by debt collectors sent by the NHS for treatment he had received for cancer.

There have also been a number of deaths in prison and one in a removal centre where the care received has been questionable. For example the inquest into the death of Aleksey Baranovsky at Rye Hill prison was highly critical of the care he received while he was held at the prison pending his deportation.