MEPs: Refugees must not be returned to places where they could be in danger 11 April 2011: Members of European Parliament (MEPs) have backed plans for a fair and effective asylum procedure throughout the EU. 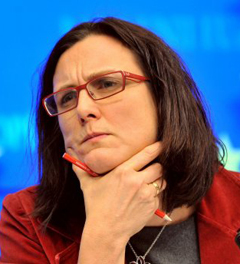 Parliament, however, insisted that standard EU-wide guarantees for people in need of protection should be laid down and steps taken to enable Member States to distinguish more quickly between asylum seekers and other migrants.

Parliament also tightened up the safeguards for asylum seekers and stressed that Member States must comply with the "non-refoulement" principle, by which refugees must not be returned to places where they could be in danger.

The 2005 "asylum procedures directive" is to be updated to allow the introduction of a single EU-wide procedure for granting and withdrawing international protection, including common safeguards for asylum seekers.

"The current directive has two major drawbacks", said MEP Sylvie Guillaume, whose report was approved by Parliament on 6th April. "It does not protect asylum seekers rights sufficiently and at the same time creates major disparities of treatment between Member States".

Better "first instance" procedures (the first stage in any application) would enable Member States to distinguish faster between asylum seekers and other migrants in mixed arrivals. They should also help limit secondary movements of asylum seekers amongst Member States, at least where such movements are prompted by differing national procedural arrangements, MEPs said.

A personal interview conducted by a "qualified" and "trained" person and the right to free advice on procedural and legal aspects, legal assistance and representation should be guaranteed to asylum seekers, MEPs insisted.

The Parliament also emphasised that Member States must respect the non-refoulement principle and the right to asylum.

At the same time, it ruled that applicants must be allowed to remain in the Member State until the national authority has made a final decision, including dealing with any appeal.

MEPs also clarified the concept of "safe third countries" and added that an EU list of such countries must be approved jointly by Parliament and Council under co-decision.

For Member States that accept a "disproportionately large number of asylum applications" in relation to the size of their population, financial support and administrative/technical support must be provided immediately under the European Refugee Fund (ERF) and the European Asylum Support Office (EASO) to enable them to comply with this directive, said Parliament.

The European Commission announced that it would present a revised version of this proposal in the coming months. The amendments adopted by Parliament seek to contribute to that revision. "The deadlock is such that we need to make some compromises so that the two legislative partners [EP and Council] in this can agree", said Commissioner Cecilia Malmström. "This is a very good start", she concluded.