The Institute of Race Relations has found its continued occurrence late at night. The research has found it is more often than not fuelled by alcohol. 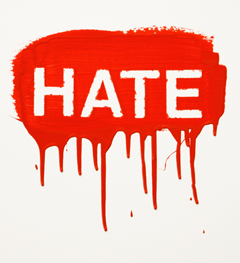 The assertion comes soon after the IRR in its report, `Racial violence: the buried issue’, brought to the fore the vulnerability of people working in certain professions, including those working alone at night.

The report had categorically asserted that they were disproportionately at risk of racially motivated violence. It was also found taxi drivers in particular continued to come face to face with abuse and attack.

The update now focuses on violent racism late at night and draws attention to a pattern of violence which shows some of the true costs of the lucrative night-time economy.

The IRR says the expansion of night-time economy in towns and cities across the UK has resulted in a propagation of pubs, clubs and bars. It has also resulted in a simultaneous increase in complementary industries such as takeaways, fast food businesses and taxi firms. The sector has been energetically promoted by local authorities, who have all along been encouraging investment and relaxing licensing laws. According to an estimate, it is worth approximately £66 billion per year.

The research underscores the fact the night-time economy carries is not unaccompanied by a real threat of racial violence.

The assertions come on the basis of an analysis of the media reported cases over the last six months. The analysis goes on to show those working in industries related to this sector are susceptible to ethnically motivated assault and abuse with incidents frequently happening in clubs, pubs and bars, as well as in public spaces throughout the UK.

The IRR says a substantial number of the attacks, according to the records, take place over the weekends either in the evening or in the wee hours of the morning.

For the most part, the attacks are fuelled by alcohol. The greater part of these cases involve the use of physical violence accompanied by racist abuse and, in some examples, the use of or threat to use weapons including broken glass, hammers, knives and blocks of concrete.

Some of the victims were left in need of hospital treatment. Some have been permanently disfigured due to the severity of their injuries.

In almost all of the cases the IRR analysed the perpetrators and victims appeared to be strangers to one another. Although the attacks we have documented took place throughout the UK there are a large number of reported incidents in Scotland and, in particular, Edinburgh.